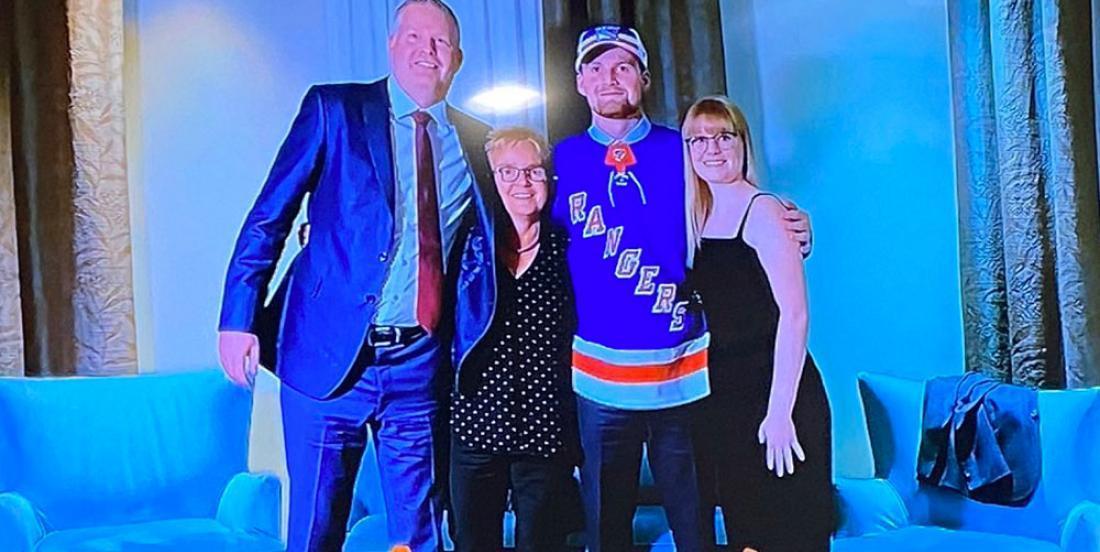 This was awkward and just weird. The New York Rangers took the entire five minute time frame to confirm that they had indeed selected Alexis Lafreniere with the 1st overall pick in the 2020 NHL Draft.

The camera went straight to the action in Lafreniere’s living where his father clapped, and his mother embraced him as the kid went around getting hugs and taking off his suit jacket.

His father went on to fetch the Rangers’ jersey the team had sent in advance to all top prospects. Lafreniere put it on and held his family as if he were taking a picture on the podium with the members of the Blue Shirts’ association.

This is so weird. We would have of course preferred to see him celebrating in the stands with his family and friends and getting to meet his new boss on the spot.

However, nothing is normal thanks to COVID-19.

As for Quinton Byfield, who was selected second overall by the Los Angeles Kings moments later, his family members had streamers and screamed when his name was said by general manager Rob Blake. That seems like quite the party Lafreniere would have deserved too.