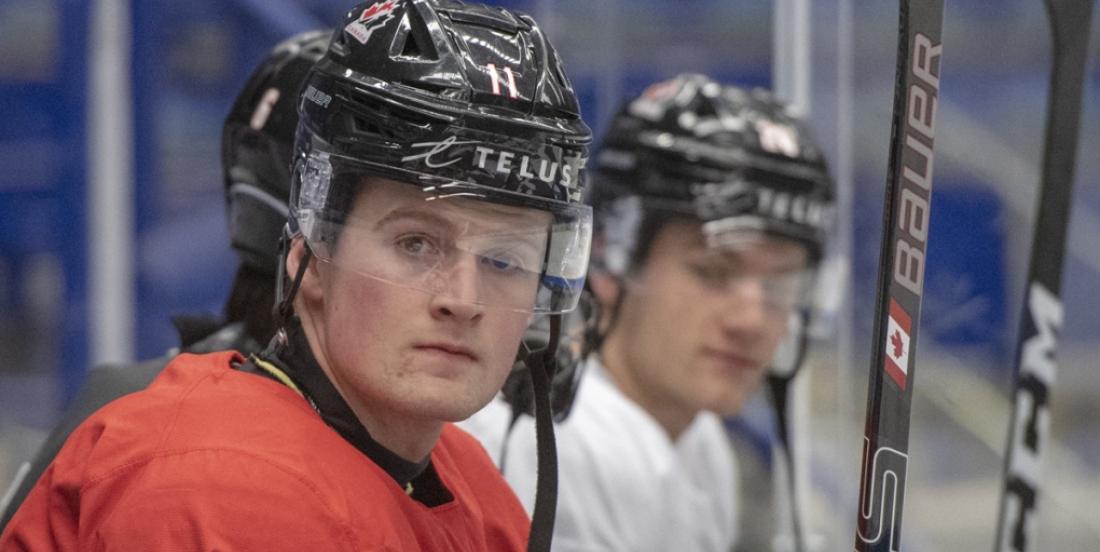 First overall projected draft pick Alexis Lafreniere probably watched the first phase of the lottery back on June 26, hoping to get a better idea of where he might land in October when the draft will take place.

However, he will have to wait a little longer, until the qualifying best of five series are over and the first round of the postseason is underway in a couple of weeks, since the team that will get the first overall pick is one of the eight that will get eliminated from the Stanley Cup Qualifiers.

In the First Phase, held June 26, the Los Angeles Kings moved up to the No. 2 pick, and the Ottawa Senators received the No. 3 pick in the 2020 NHL Draft, which is tentatively scheduled for Oct. 9 and 10. The Detroit Red Wings, who had the best odds to win the No. 1 pick, fell to No. 4.

Lafreniere still has no clue for who he will get to play.

“It’s the first part of the process,” Lafreniere said. “I’m still not drafted, have to wait a little bit. I’ll enjoy this time with family and friends and wait to see what happens, and I’m excited for this lottery.”

While he wants to enjoy this with his family, it seems like they have a clear opinion for where their son should play. Or shouldn’t. According to the  radio 91,9 Sports, Lafreniere’s family hopes he does not get drafted by his hometown Montreal Canadiens. They reportedly believe the pressure would be too much for the 18-year-old, who would be seen as a saviour even though he’s never played one NHL game yet.

Lafreniere won the Jean Beliveau Trophy as the leading scorer in the Quebec Major Junior Hockey League with 112 points (35 goals, 77 assists), the Paul Dumont Trophy as QMJHL personality of the year, the Michel Briere Trophy as the most valuable player in the QMJHL, the Canadian Hockey League Top Draft Prospect of the Year Award and the CHL David Branch Player of the Year Award. He is also the second player in CHL history to win CHL Player of the Year in consecutive seasons, joining Rimouski center and Pittsburgh Penguins captain Sidney Crosby in 2004 and 2005. They are the only players to win the award twice.

The Habs do hold a shot at getting to pick Lafreniere first, and let’s hope it does not end up like it did when Eric Lindros was selected by the Quebec Nordiques…