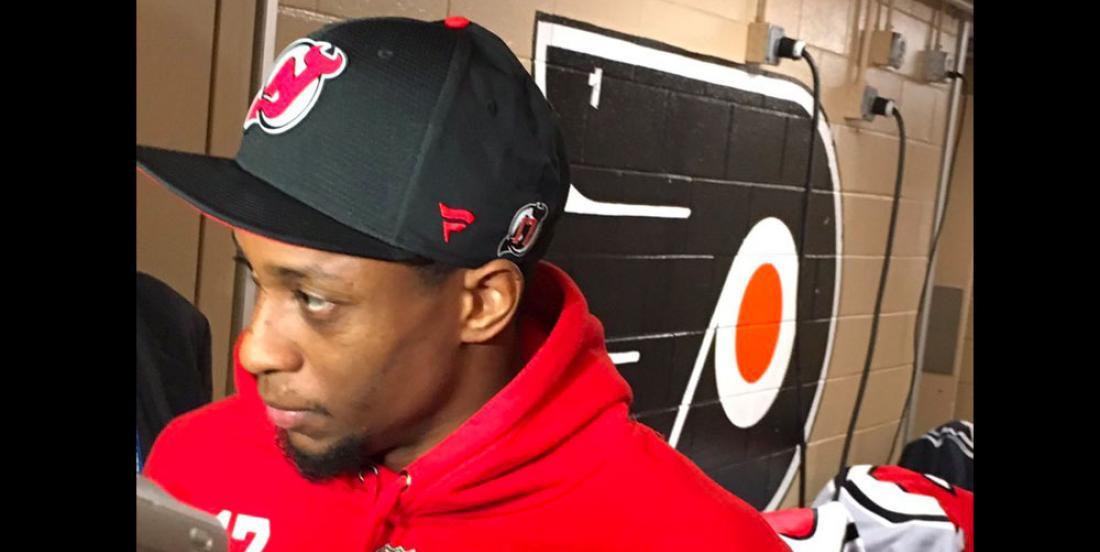 Wayne Simmonds is looking for a fresh start this season with the New Jersey Devils after signing a one year, $5 million contract with the team in free agency. Simmonds, of course, was traded from the Philadelphia Flyers this past trade deadline and struggled down the stretch and in the playoffs with the Nashville Predators. To say that he’s grateful for a new start in Jersey is the understatement of the year. But here’s the thing… it should have never been this way, according to Simmonds himself.

The 31 year old power forward was ready, willing and able to sign a contract extension with the Flyers last season, but management made it clear that they were moving on. In Simmonds’ mind, he deserved better. Check out his comments ahead of last night’s tilt between the Flyers and Devils:

"Most of the dealings we had were with Hexy and they didn't go too well. So when Chuck came in, I think it was a little too far along at that point. I think they were kind of looking to recoup [some assets]. Obviously, I was that player — I don't know how to say it — that they didn’t want me ... but I’m ready to play hockey this year."

"I think I deserved a little bit better. I put so much time and sweat and tears into this organization. I thought I did everything I could possibly to at least get a little bit of an extension. But it is a business at the same time. It all just sucks to hear that you’re obviously not thought of how you think you’re thought of."

"I feel great now, to be honest. I’m skating a million times better than I was last year. Doctors told me last year that it would take me six months. It took me six months to heal, not prepare myself for a hockey season. I was in a little bit of a different state mentally and physically but now I’m feeling good."

Hard to argue with that. And you know what? It looks like Flyers fans agree:

Few players have given as much blood, sweat and tears to the Flyers organization over the past decade. Here’s hoping he can put the past behind him this season and put together a monster season in 2019-20.