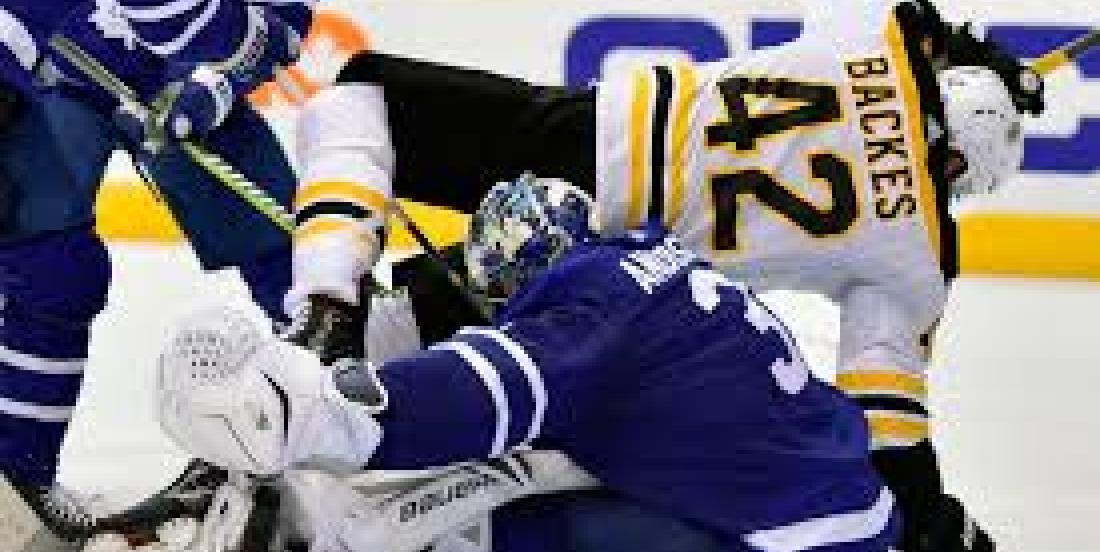 It's a big game for the Toronto Maple Leafs on Saturday as they host the Boston Bruins in what is expected to be an intense matchup.

We are just unsure if star goalie Frederik Andersen will suit up for it..

On Wednesday, Andersen was back at practice again and Luke Fox of Sportsnet revealed some good news: "The Leafs have circled Saturday vs. Boston as Frederik Andersen’s return game."

However, his status remains in the air at the moment...

He did take part in a fourth straight practice with the Maple Leafs on Friday, but his status for tomorrow night's contest is still in doubt.

"We need to get back to a point where we’re comfortable and not making things worse so that’s where the main focus is and it's very close," the goalie told reporters, per TSN.

"It's a little frustrating, to be honest. You hate looking from the outside."

Earlier this week, head coach Mike Babcock seemed to believe that Monday’s game against the Colorado Avalanche was the more likely option. Coach Babcock added that he’ll reveal Toronto’s starter against the Bruins after the morning skate Saturday. Michael Hutchinson has made the last four starts and was the only other goalie at practice. Garret Sparks, who has been battling concussion symptoms, skated before the team got on the ice.

"If I go to a player every day and I ask him how he’s doing I’m just putting heat on him. I’m not doing that," Babcock said. "So, when they’re ready they usually come and tell you or someone comes and tells you and they get a Get Out of Jail Free card and get going.”

The Maple Leafs star goalie was 20-9-1 with a .923 save percentage and a 2.50 goals-against average before he fell to a groin injury and has been sidelined since the holiday break.