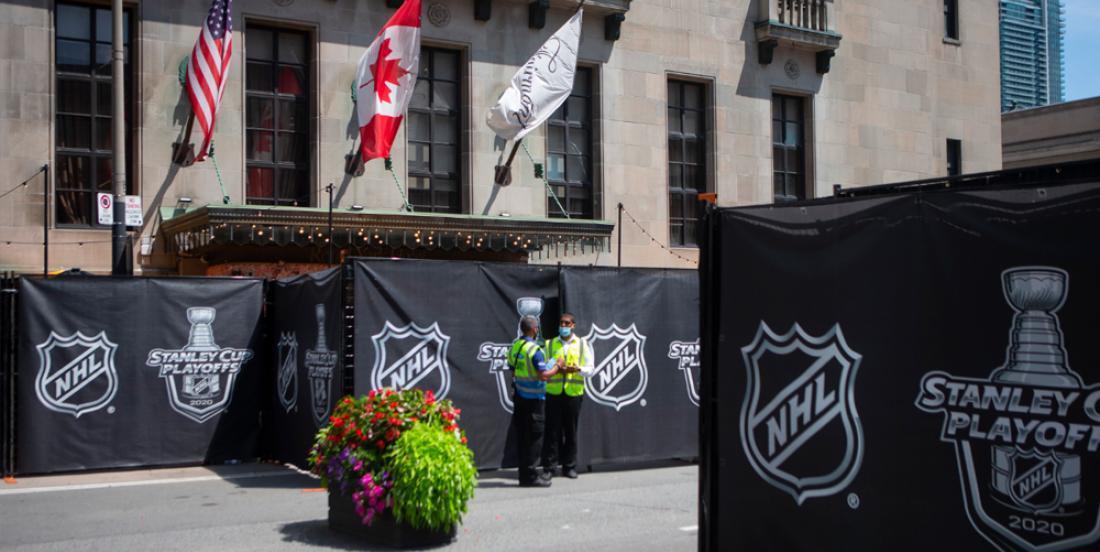 ESPN's Emily Kaplan and Greg Wyshynski have just released an incredibly fascinating article in which they reveal the true feelings about the NHL's bubble experiment from 9 anonymous NHLers. It's a very entertaining read with some wild discoveries in it. Without further ado, let's get into some of the most interesting bits. For the full article though, scroll down and click the link, but for some highlights read below.

"Security was very tight," one Western Conference player said. "For all the guys that were questioning how safe it would be, that quickly went away. It was one of the safest places you could be. They were constantly checking your credentials, constantly checking our Clear App, constant security. In that sense, they did a really good job."

On being "oversold" on bubble ammenities:

"Once you got into the pattern of playing every other day, the amenities were less important," another Western Conference player said. "But they oversold what was delivered."

"The things promised and actually delivered [on] are hilarious if you look at it," said one Eastern Conference veteran who was a member of the return-to-play/CBA committee. "They gave us a proposal for Toronto, which was this booklet that I circulated among my teammates. I was like, 'Whoa, this is going to be actually nice.' They had food trucks, restaurants, shops out in the middle of the street for us to go shopping. When we got there, the guys were like, 'Where are the shops? Where are the outdoor team lounges?' Yeah, none of that."

"Even playing golf was a hassle," one Western Conference player said. "You have to set up a golf time. It has to be an exact time, but it has to be everybody or nobody. Realistically, what team is going to set up a full-team golf outing between Games 3 and 4 in the second round?"

On sex, drugs and the bubble nightlife:

Hotel X in Toronto featured SkyBar, which is where players from several teams converged on a nightly basis.

"I'm not kidding you when I say that at least 10-15 guys from every team were up there," one Eastern Conference player said. "If a team was playing the next day, you didn't see any of those guys at the SkyBar. It would be teams playing the following day or after their games. It wasn't just the fourth-line guys or just the top-end players. The stars, the young guys, everybody was there."

"I think there were some misconceptions because some of the younger guys from teams were advertising it on their Instagrams," he said. "If any team has two days off in between games, I don't care who you are, that team is going to get together -- especially because, as players, you haven't been around each other for three months. Are you going to tell a 34-year-old guy that he can't have some drinks after the game or go lay by the pool?"

On the drug front, the items of choice were cannabis gummies. "The only thing that you really saw advertised was guys that were into their gummies or edibles. And that was usually just used in their rooms," one Eastern Conference player said.

One thing that was very much not in excess in the bubble, if it existed at all: sex.

"There was some chatter before it started about guys trying to leave the bubble or sneaking girls in. There was none of that going on. Guys were pretty mature. Ultimately, you didn't want to be the guy that f---s this up, to be the one that ends up getting everyone COVID," one Eastern Conference veteran said. "Everybody is getting tested every day. So I think guys were almost too scared that something might happen, and then they get caught. Everyone knew what floors every team was on. If someone was going to a certain floor, it was pretty easy to figure out what team they were associating themselves with."

On the "prison yard" in Edmonton:

"There were times I didn't go outside for four, five days," said a Western Conference player who spent weeks in the bubble. "Some teams had meeting rooms with balconies, and those guys could go out there and get some sun. Other teams' rooms were in the middle of the hotel. So there's no windows, no light. You're always in your room. And unless you go out to the prison yard -- which is in a 'courtyard,' but it was an oval concrete slab with a freaking Tim Horton's truck in it and fencing around it -- you don't get any fresh air at all."

For the full article from Kaplan and Wyshynski, click below: