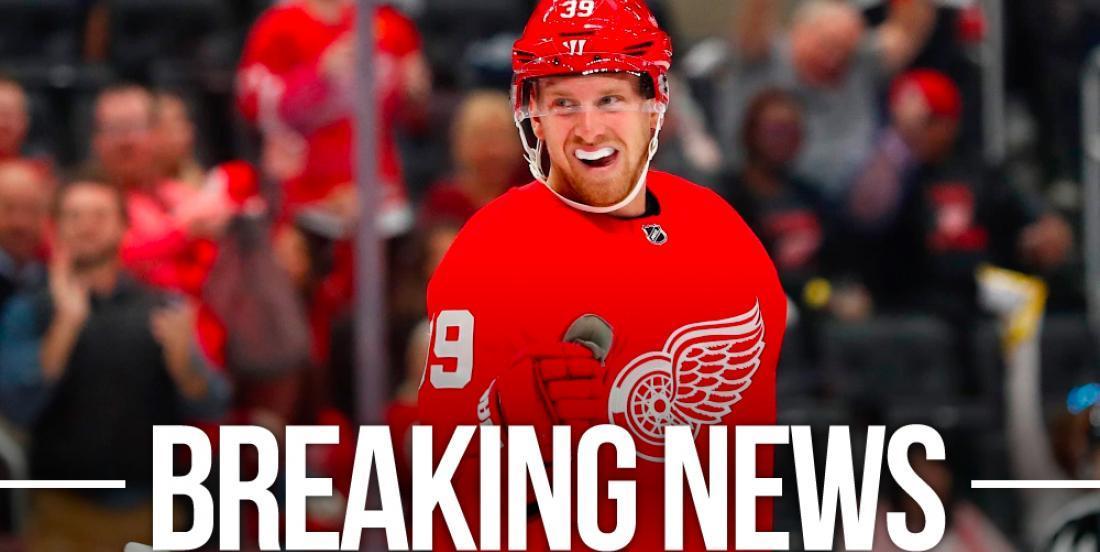 This just in, the Detroit Red Wings have signed restricted free agent forward Anthony Mantha to a four year contract.

According to NHL insider Elliotte Friedman, Mantha's new deal will come with a $5.7 million cap hit.

Read below for the full press release details on Mantha's signing courtesy of the Red Wings' official website:

Originally drafted by the Red Wings in the first round (20th overall) of the 2013 NHL Entry Draft, Mantha ranks seventh in goals among members of his draft class. The Longueuil, Quebec, native made his debut for Canada's men's national team at the 2019 IIHF World Championship, taking home a silver medal after tying for the team lead with 14 points (7-7-14) in nine games. Mantha previously led his country in scoring at the 2014 IIHF World Junior Championship with 11 points (5-6-11) in seven games. Prior to landing a full-time NHL role, Mantha played 132 American Hockey League games with the Grand Rapids Griffins between 2014-17 and totaled 88 points (44-44-88) and 102 penalty minutes. Mantha turned pro in 2014-15 following a prolific major-junior career, capped off by a season in which he racked up 120 points (57-63-120) in 57 games for the Val-d'Or Foreurs of the Quebec Major Junior Hockey League en route to capturing awards as Canadian Hockey League Player of the Year, QMJHL Most-Valuable Player (Michel Briere Trophy), QMJHL Leading Scorer (Jean Beliveau Trophy) and QMJHL First All-Star Team. He also racked up 38 points (24-14-38) in 24 postseason games to led his team to the 2014 QMJHL championship. In 189 total games with Val-d'Or from 2010-14, Mantha amassed 260 points (129-131-260) and 185 penalty minutes.