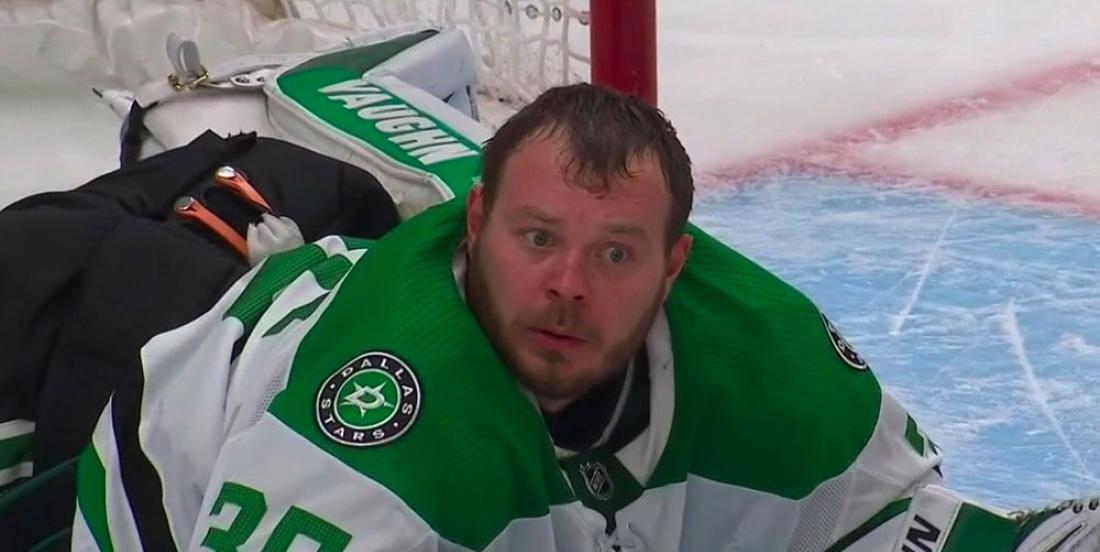 Toronto may be a bubble city on its own for the Eastern Conference teams, it did not stop the officials of the National Hockey League in Toronto to get involved in the game between the Dallas Stars and Calgary Flames on Tuesday.

Goalie Anton Khudobin was caught breaking a rule during the fifth game of the series between his Stars and the Flames and that’s why officials in the NHL offices in Toronto got involved. He was therefore asked to fix the problem or he might have been ejected from the contest.

Khudobin was asked to add some white tape to the knob of his stick mid-game. Prior to that it was all green. That’s because of Rule 10.2 which states: “In the case of a goalkeeper’s stick, there shall be a knob of white tape or some other protective material approved by the League.”

Once that was fixed, the game was back on track and it didn’t even seem to distract Khudobin from his job.

The veteran goalie stopped 28 shots, leading his team to a 2-1 victory which has allowed the Stars to push the Flames on the brink of elimination.

We wonder if that’s why Khudobin had this look on his face during the game: