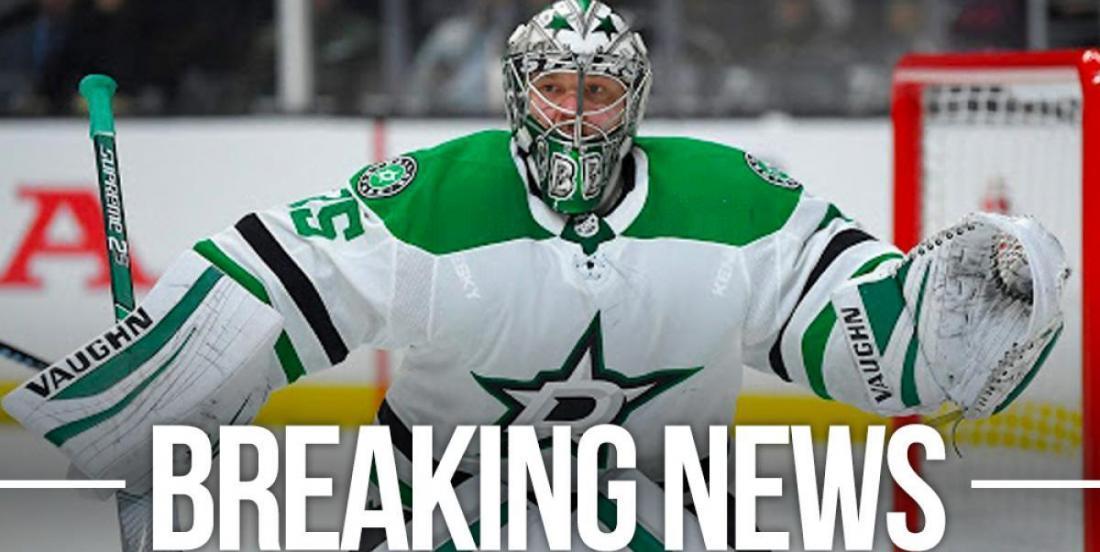 On Thursday, it was revealed that Dallas Stars goaltender Anton Khudobin will hit the open market as a free agent on Friday. Which he did… but has now circled back to the Stars and agreed to a three-year, $10 million backloaded contract.

It seemed like both parties have broken away, but have reunited in a happy place to keep the veteran goalie in Texas.

There has been a quite hectic pool of free agent goalies this year and Khudobin might have found the competition quite tough on the market.

The 34-year-old netminder made $2.5 million with the Stars in 2019-20 and is understandably looking for some term and security on his next contract. The Kazakh born Khudobin was an unlikely superstar in the 2020 Stanley Cup Playoffs, leading the Stars to within two wins of a Stanley Cup championship. He put up a remarkable 2.22 goals against average and .923 save percentage while filling in for the injured Ben Bishop.

This is the longest contract of Khudobin’s career. Good for him!