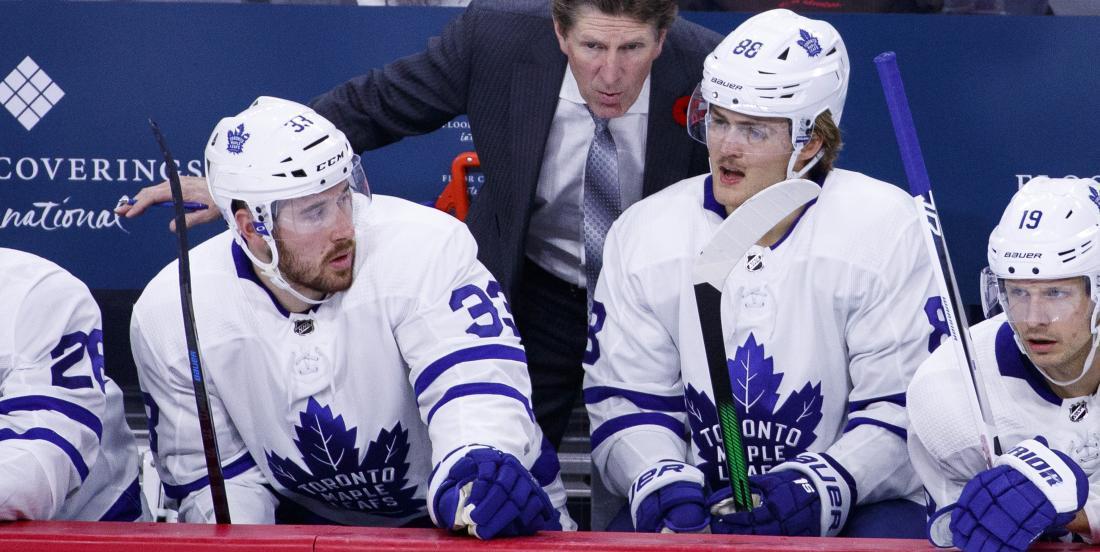 This evening at 7 PM, the Toronto Maple Leafs are facing off against the Vegas Golden Knights at home. On Tuesday, Toronto overcame another Pacific Division team, the L.A. Kings by a score of 3-1.

With a W tonight, the Leafs - who would love nothing more than starting a winning streak - would earn a third consecutive victory. Perhaps more importantly, a win tonight against the Golden Knights would be Mike Babcock's 700th career win.

One thing is for sure, the Maple Leafs are focused on winning. Having prevailed in their last two matches, it comes as no surprise that the Leafs should keep the same lineup for tonight's game, aside from one minor change.

Dmytro Timashov will reintegrate the lineup on the 4th offensive line after being scratched on Tuesday. He will replace Nic Petan who in turn will be a healthy scratch today.

Frederik Andersen is set to be the starting netminder again tonight after earning the victory on Tuesday against the Kings. As per usual, Michael Hutchinson will be his back up.

John Tavares will play in his second game back from injury. He was shut out from the scoresheet against Los Angeles and will undoubtedly look to be a factor in today's game.

Here is the Leafs' projected lineup for tonight's game against the Golden Knights according to NHL.com correspondent Dave McCarthy:

Jason Spezza, Nic Petan and Martin Marincin are set to be healthy scratches this evening. Zach Hyman is still out dealing with a torn ACL.

The Golden Knights offense will feature a red-hot Mark Stone as well as the likes of William Karlsson, Jonathan Marchessault and Max Pacioretty. Look for a showdown between two of the league's offensive powerhouses.

It should be a great hockey game to watch.