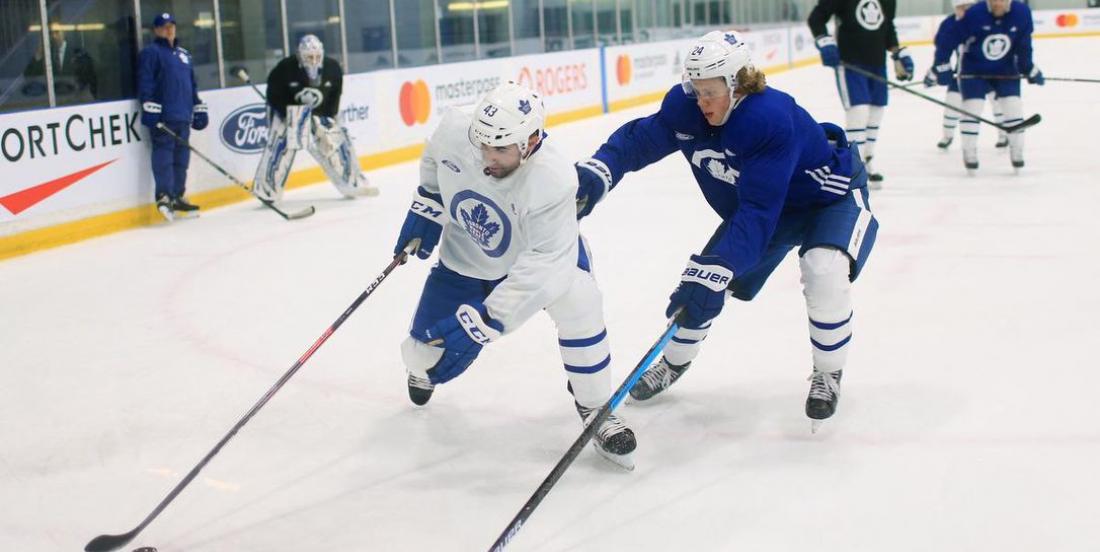 The Leafs need to get ready for the Bruins on Saturday...

Toronto Maple Leafs forward William Nylander took to the ice at Toronto’s Scotiabank Arena for his first game since April and the contest did not go according to plans… Sure, he drew a Niklas Kronwall holding penalty and had a couple shot attempts blocked, but otherwise didn’t get a whole lot accomplished in 12:29 of ice time — the 10th-lowest total of his 186-game NHL career. Both Kasperi Kapanen and Andreas Johnsson both received more ice-time with 17:26 and 14:05 respectively. He didn’t play in the final 11:37 of regulation. Was demoted to the fourth line for a spell, while Kapanen moved up to the Matthews line.

On Friday during the Leafs’ practice, head coach Mike Babcock made some changes to his lineup. The 22-year-old winger practiced on a line with Nazem Kadri and Connor Brown, while Matthews skated with Kapanen and Johnsson. Marleau did not practice on Friday, leaving Tyler Ennis, Par Lindholm and Frederik Gauthier to form the fourth line. The line of Zach Hyman, John Tavares and Mitch Marner once again remained untouched.

Moments after the practice on Friday, both Nylander and Kapanen were involved in a minor car crash. They weren't injured and both of them are expected to play tomorrow night.

Babcock took part of the blame in Nylander’s performance in Thursday’s 5-4 overtime loss and said that the team may have asked too much of Nylander in his return.

“I thought Willy was fine,” said Babcock candidly after the loss. “It was probably unfair for me – we had the bus thing that happened, we were supposed to practice together, we never even gave the guy a practice. We wanted to get him in. You’ve got two guys on that line, one coming back from injury [in Matthews] and one who hasn’t played.”
“He had an opportunity we felt to get going, we tried to get going. It has nothing to do with Willy; it has to do with me wanting to win the game.”
“I wanted him to play a ton. I just want to get him out there and get him going,” said Babcock. “Any time you’ve missed that amount of hockey, it’s going to be hard for him. But I talked to [Matthews] about that, too. They’re both going to have to do extra. We’re going to do it every practice day and they’ll crawl their way back to being the players they’re capable of being.”

The Maple Leafs will visit the Boston Bruins on Saturday night and we will see how Nylander adjusts to being back with his teammates.