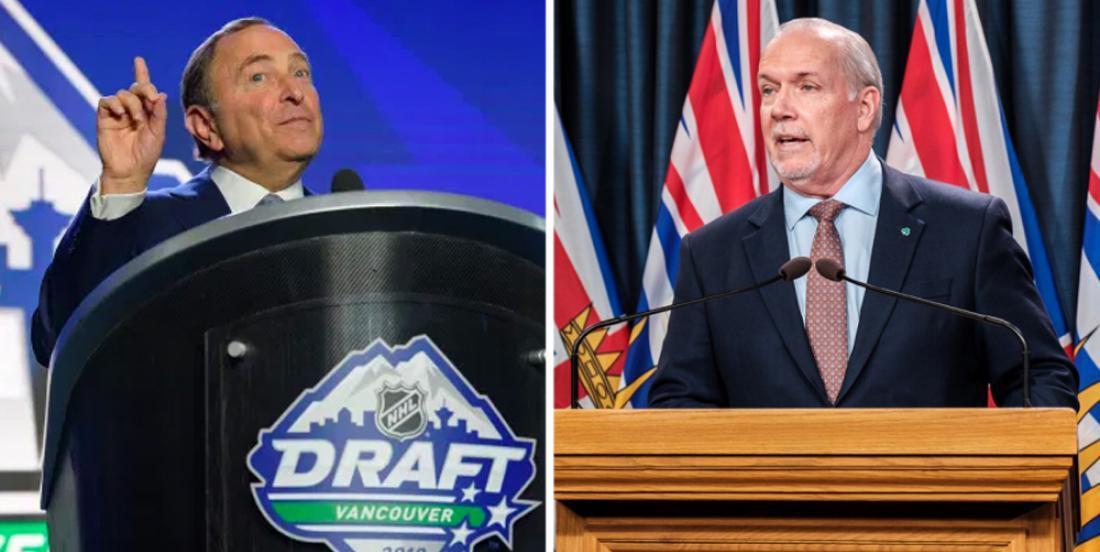 British Columbia premier John Horgan announced to CTV News Vancouver yesterday that he will engage in discussions with NHL commissioner Gary Bettman about the possibility of having NHL games played in Vancouver when the league resumes play.

“I’d very much like to see it happen if we can do it in a safe way,” Horgan said.

Horgan said he believes BC could play a huge role in the eventual return of the NHL after the league was forced to shut down back in March in response to the COVID-19 pandemic.

“We believe we can do a pretty good job. We have a lot of hotel capacity,” Horgan said.

“We’ve got some outstanding facilities, not just Rogers Arena but a whole host of other arenas around the province.”

“I think British Columbia has a lot to offer the NHL, and based on the correspondents and the discussions, the NHL sees that as well,” Horgan added.

Add in the fact that Vancouver is an easy international travel destination and the plan makes a lot of sense from the outside looking in. Horgan is in fact so bullish on the idea that he personally penned a letter to Mr. Bettman himself, check it out: