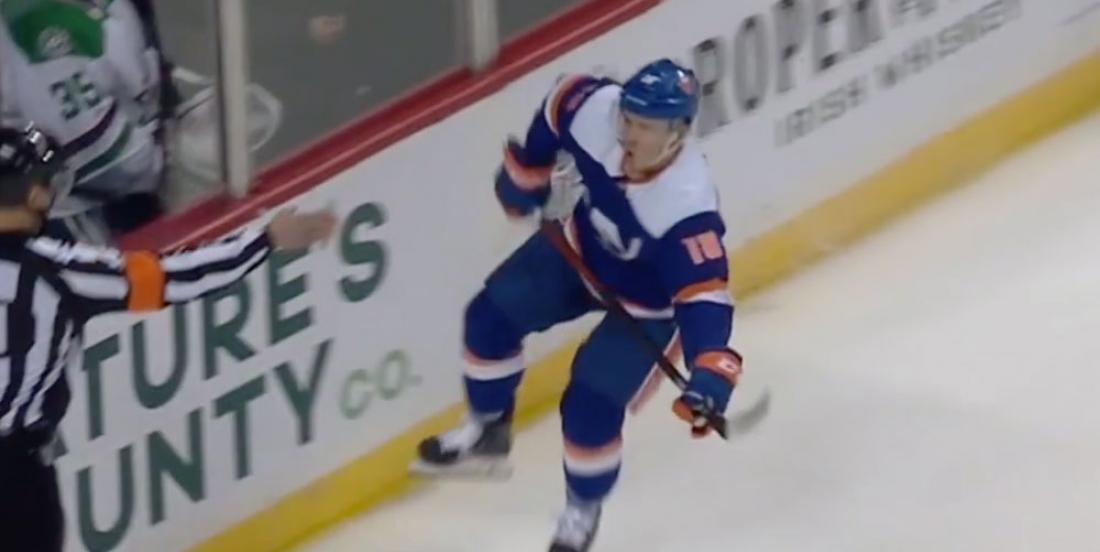 Sorry guys, we couldn’t help ourselves.

While she replied back days later, we don’t think Beauviller got he wanted out of it.

On Tuesday night, we bet Kendrick was impressed by the Isles’ forward’s cheeky move… Well, we were: Beauviller stunned Dallas Stars goalie Ben Bishop with a cheeky backhand that got the crowd going in New York.

Ok, we know he probably didn’t do it for her, but with his simple general tweet for a flirting move, we thought he might have stepped up his game with this beauty.

And then went on to win the game in overtime. Now come on, that’s hot, Anna.

Once again, we apologize. We just couldn’t help it.