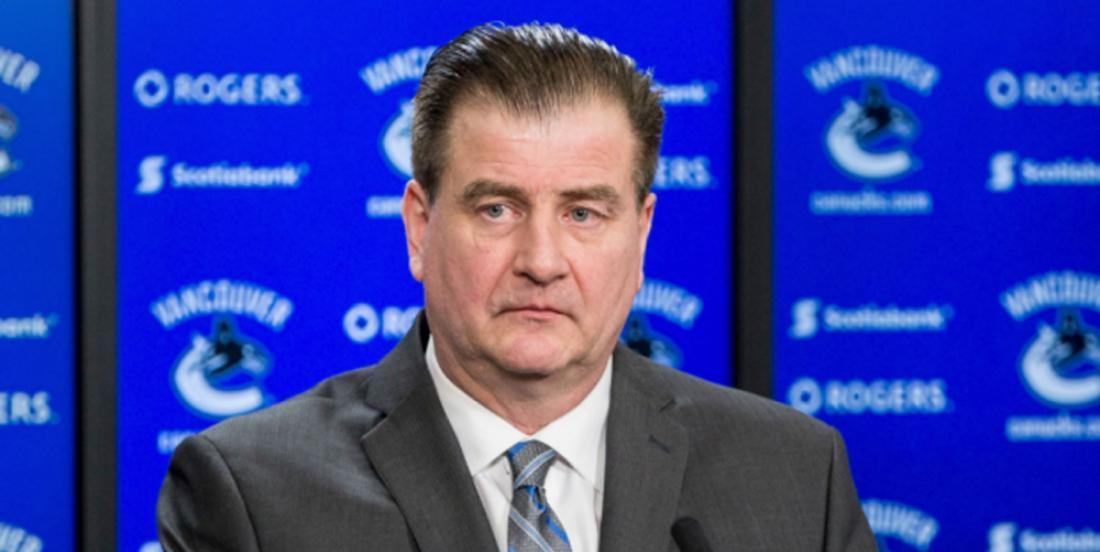 Despite locking up veteran goaltender Braden Holtby to a reasonable contract and picking up defenseman Nate Schmidt in an absolute steal of a trade it hasn't been the best offseason for Vancouver Canucks GM Jim Benning.

Benning, of course, waved goodbye to pending free agents Jacob Markstrom, Chris Tanev, Tyler Toffoli and Troy Stecher for... well for absolutely nothing. Canucks fans, boiling with frustration at the best of times, are now ready to completely boil over.

In a joint effort for The Athletic, Canucks reporters Thomas Drance and Rick Dhaliwal teamed up to go behind the scenes of the Canucks catastrophic offseason so far and... well let's just say that Canucks fans may be planning another riot after reading some of these quotes.

Without further ado, let's get right into it.

"For weeks the club had been in talks with the Arizona Coyotes about a potential trade for star defender Oliver Ekman-Larsson. On Friday morning, the club tried again, upping their offer for the consideration of Coyotes rookie general manager Bill Armstrong. It was a final offer and once Armstrong declined, the Canucks moved on and circled back to Tanev."

"Once the club moved on from Ekman-Larsson, which Benning decided to do prior to the expiry of the deadline put in place by Ekman-Larsson’s Vancouver-based agent Kevin Epp, on Friday morning, the club redoubled their interest in retaining Tanev."

"As the hockey business day began on Friday, the Canucks woke up with a relatively narrow focus: keeping Jacob Markstrom if possible, and upgrading the blue line."

"The club was still in touch with the Markstrom camp, but the hour was getting late. It was now readily apparent for all sides that there was significant interest from both of the Alberta-based NHL teams. Rumours swirled about a max-term offer for Markstrom coming from Edmonton. Calgary was set to blow the doors off with a big offer of their own."

"To this point in negotiations, it’s unclear whether the Canucks had tabled a fifth year in talks with the Markstrom camp. In fact, it’s not clear whether that fifth year was ever offered by Vancouver; the Canucks and Markstrom’s representatives with Newport Sports both declined to confirm when The Athletic inquired for clarification on Wednesday evening."

"Roughly an hour before the free agent market opened, the Canucks were informed that Markstrom would test free agency."

"It’s unclear if the club ever went to three years with their Tanev offer. What’s clearer is that Tanev was frustrated by how his status had lingered on the back burner for weeks."

"It’s believed that the Canucks’ offer — two years at four million per — was increased late in the game... It was at this point that Benning personally called Tanev, to no avail."

"When Tanev signed in Calgary, the Golden Knights saw a potential opportunity. McCrimmon called Benning to inquire about his club’s interest in taking on the full freight of defenceman Nate Schmidt’s salary on Friday evening"

"The club also reached back out to Troy Stecher’s camp and would have been willing to match the two-year offer Stecher signed in Detroit, but it came down to timing."

"The Canucks are believed to have asked the Stecher camp to wait. Like Tanev, Stecher felt spurned by the lack of communication from the club in the leadup to the qualifying offer deadline."

"Vancouver kept in touch with Toffoli’s camp and expressed consistent interest in the player, but the two sides never got close to making a deal. Vancouver’s available cap space was spoken for, at least for planning purposes."