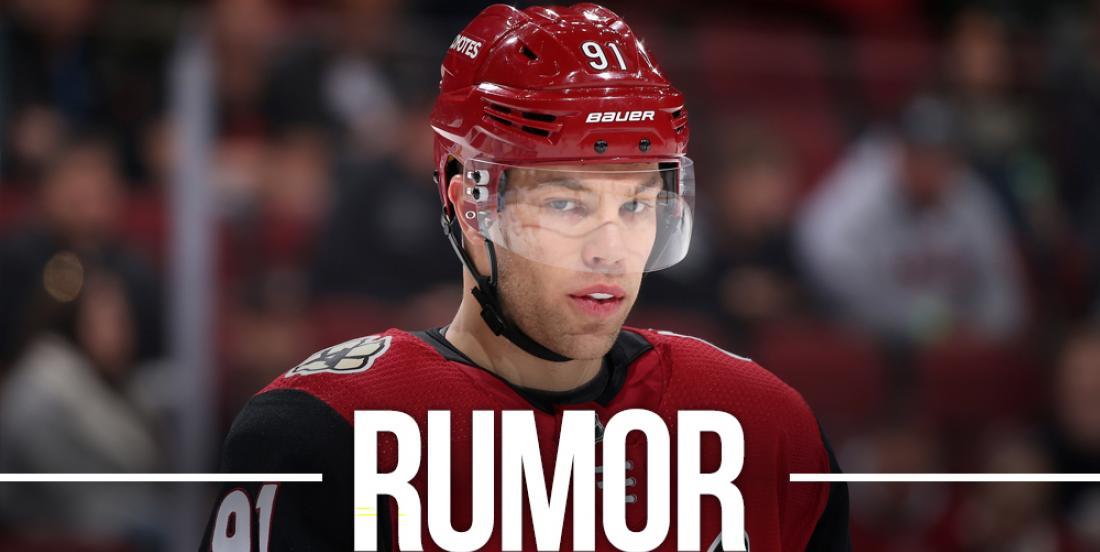 The battle of Alberta heads off ice!

According to a second hand report from NHL insider Pierre McGuire of NBC Sports, there could be a potential bidding war over Taylor Hall's services from the Edmonton Oilers and Calgary Flames.

The two Alberta based teams have been linked to Hall for seemingly weeks now, but with free agency set to officially open up on Friday afternoon things appear to be picking up steam.

TSN's Darren Dreger already reported yesterday that the Arizona Coyotes are shopping Hall's rights on the trade market as they do not expect to tender him an offer prior to the free agent period. In effect, the Coyotes are cutting bait and hoping they can get a pick back in exchange for giving a team exclusive negotiating rights to Hall ahead of Friday.

Again, the Oilers and Flames have been linked to Hall for a long time now... but if I'm being honest, I"m not sure I see either team nabbing him in free agency. The opportunity to play alongside stars like Connor McDavid, Leon Draisaitl or Johnny Gaudreau may be enticing to Hall, but he's been pretty clear all along that his priority is to win a Stanley Cup. Sure, the Oilers and Flames have some good pieces, but does anyone really consider either team to be a Stanley Cup contender heading into next season?

If I'm Taylor Hall I've probably got my sights set on a contending team with some cap space to burn. Maybe the Colorado Avalanche, Philadelphia Flyers or Dallas Stars? Those are three teams who could fit Hall into their cap structure with relative ease and those are three legit Stanley Cup contenders. Thoughts?