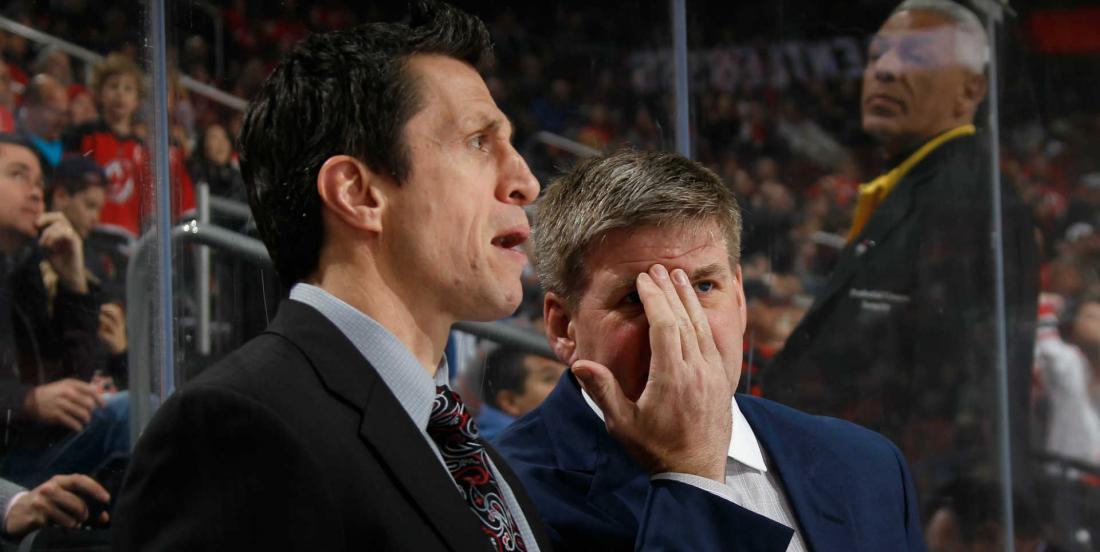 There is no getting out of this now!

The Calgary Flames are continuing their investigation on head coach Bill Peters, who has accused of making racist remarks at former player Akim Aliu during the 2009-10 season with the Rockford IceHogs of the AHL.

There was more on top of that: Frank Seravelli of TSN gave more information, using the comments of former Carolina Hurricanes players who were coached by Peters and it seems like there was also an abuse issue.

“He kicked me pretty hard in the back during a game,”Jordan said. “Even the trainers and the other guys saw it.”

“I was at that point in my career, like I just got there, so I couldn’t say anything. I didn’t want them to think I was crying. Me and my agent, we kept it secret. Now other guys are speaking out, so I felt like I could.”

Many people, including former Flames player Theo Fleury, have decided to speak up on what’s been happening in Calgary and it prompted another NHL head coach to support what players have been accusing Peters of doing in his situation of power.

That's right, Hurricanes head coach Rod Brind'Amour has confirmed to team insider Sara Civ that abuse had taken place under Peters in Carolina and completely supports from speaking out against it.

“It definitely happened," Brind'Amour said of the allegations that Peters kicked Jordan and punched another Canes player in the head on the bench.

“Players are afraid to speak up, and to be honest with you, everybody under the coach, the manager, they are afraid to speak up, I think at times,” Brind’Amour said to The Athletic. “Because there’s a big gap on the power structure on that. I think the players have way more power now, and they realize that. I think it’s important for them to speak out about whatever they think is important because the times have changed. They definitely have more power and they need to speak up.”

The Flames decided that Peters would not be behind the bench for the Flames game tonight in Buffalo. Associate coach Geoff Ward will handle head coaching duties.

But more will need to be done...