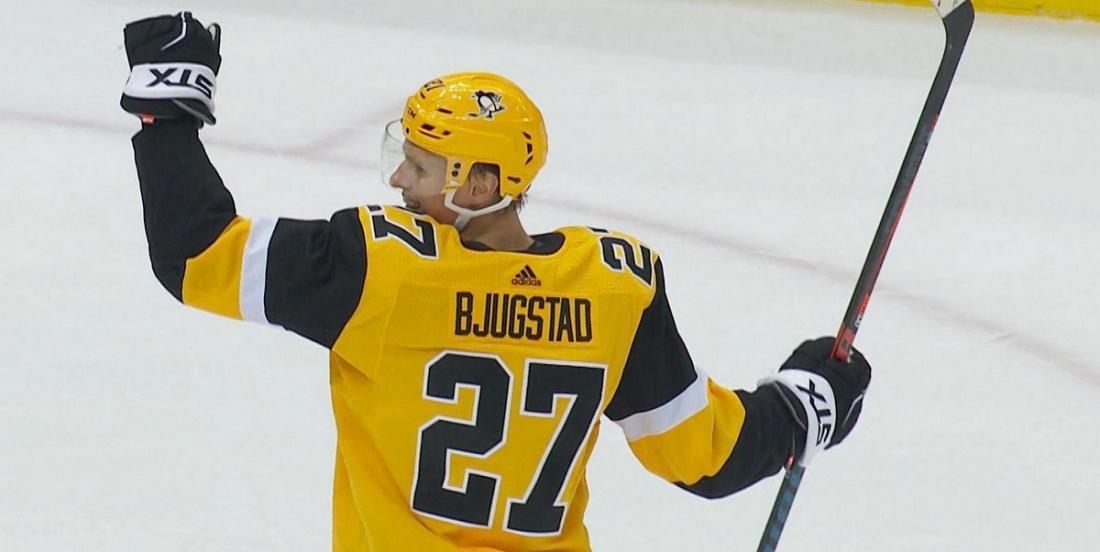 The Minnesota Wild acquired a veteran center in what has to be considered an extremely low-risk trade on Friday with the Pittsburgh Penguins. Wild general manager Bill Guerin, who previously worked within the Penguins organization prior to coming to Minnesota, executed the trade with his former boss Penguins general manager Jim Rutherford and gave up very, very little in exchange.

The Wild acquired ceterman Nick Bjugstad from the Penguins and all they had to give up for it was a conditional draft pick. On top of that the Penguins also retained 50% of Bjugstad's salary in the trade, making this quite a deal for the Wild. The conditional pick the Wild are giving up in the deal will be a 7th round draft selection in 2021 should Bjugstad play 70 games for the Wild next season or if he puts up 35 points for them over any number of games. Bjugstad is coming off of an injury riddled season and the move was obviously designed as a salary dump for the Penguins, but the Wild also get the added benefit of bringing Bjugstad home in this trade deal.

The 28 year old centerman was actually born in Blaine, Minnesota and will be remembered by many fans in the state for his performance with the University of Minnesota's Golden Gophers, the team he played with over 3 seasons. Unsurprisingly Bjugstad said he was "pumped" about a return to Minnesota when he spoke to Minnesota Wild insider Mike Russo about the move, and added that he believes the extra layoff caused by the COVID outbreak will actually benefit him in the long run.

"Hopefully I can prove myself and get back in the lineup and help the Wild," said Bjugstad as per Russo. "I’m happy to be playing again. This break, it’s been tough being away from hockey, but it’s been the best thing for my body. I was able to give it the rest it needed. I’m motivated. I had a tough year and I want to prove myself all over again."

Bjugstad acknowledged that his recent string of injuries have created doubts in the minds of many about his ability to produce moving forward, among those undoubtedly are the Penguins who gave him away for virtually nothing. Bjugstad believes that the return to Minnesota as well as other changes he has incorporated during his time off will make the difference.

"I have a lot to prove at this point, especially after the injuries I’ve had in recent years," Bjugstad said. "I’ve had a lot of learning experiences and I’ve built a team around me to help get me back to where I need to be. I’m pretty optimistic the way things are going, and now coming to the Wild gives me a real boost. I’m very excited."

Expect to see the Minnesota native centering the Wild's bottom six next season.