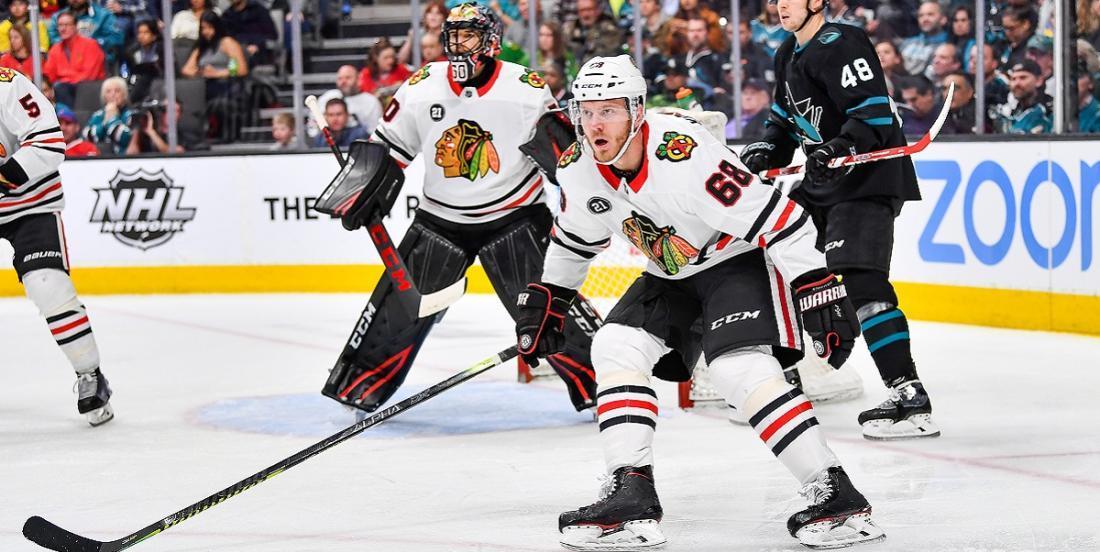 The Chicago Blackhawks have just made a rather small move, but for some reason it has seemingly triggered the ire of their own fans.

First, it was Chicago Blackhawks insider Scott Powers of The Athletic who first broke the news this morning that the organization had signed veteran defenseman Slater Koekkoek to a brand new contract extension. According to Powers the extension will be good for just a single season and will pay Koekkoek a very reasonable $925,000 for the 2019 - 2020 National Hockey League regular season. Since that report from Powers the Blachawks have officially confirmed the news via the organization's official website.

The Chicago Blackhawks announced today that they have agreed to terms with defenseman Slater Koekkoek (KOO-KOO) on a one-year contract extension that runs through the 2019-20 season ($925,000).

Acquired by Chicago from Tampa Bay on Jan. 11, 2019, Koekkoek recorded five points (1G, 4A) in 22 games for the Blackhawks this past season. The North Dundas, Ontario native also spent time with the Lightning and Syracuse Crunch of the American Hockey League during the 2018-19 campaign. In nine games for Tampa Bay, he notched one goal. With the Crunch, Koekkoek tallied an assist in five games.

Koekkoek is of course a former 1st round draft selection, he was picked 10th overall at 2012 National Hockey League Entry Draft by the Tampa Bay Lightning, however he has never truly lived up to that pedigree. The fact that he is earning less than $1 million per season in his 5th NHL season since being drafted would be proof enough of that all on it's own.

That being said he is serviceable depth option for the Blackhawks and although he has not had a great deal of offensive production form the blue line in Chicago, he also has not been a liability to the team. As a bottom pairing option or even as a 7th defenseman this seems like a solid and inexpensive signing to me, however some of the reactions to the news have been rather negative.

Here are some examples:

Of course this is in no way a representation of the Blackhawks fan base as a whole, and there were in fact some very reasonable takes, in my opinion, from fans like Jason Price.

Where do you fall on this one? Is Koekkoek worth keeping on at such a low number? Or would you have preferred to see the Blackhawks go in another direction entirely?