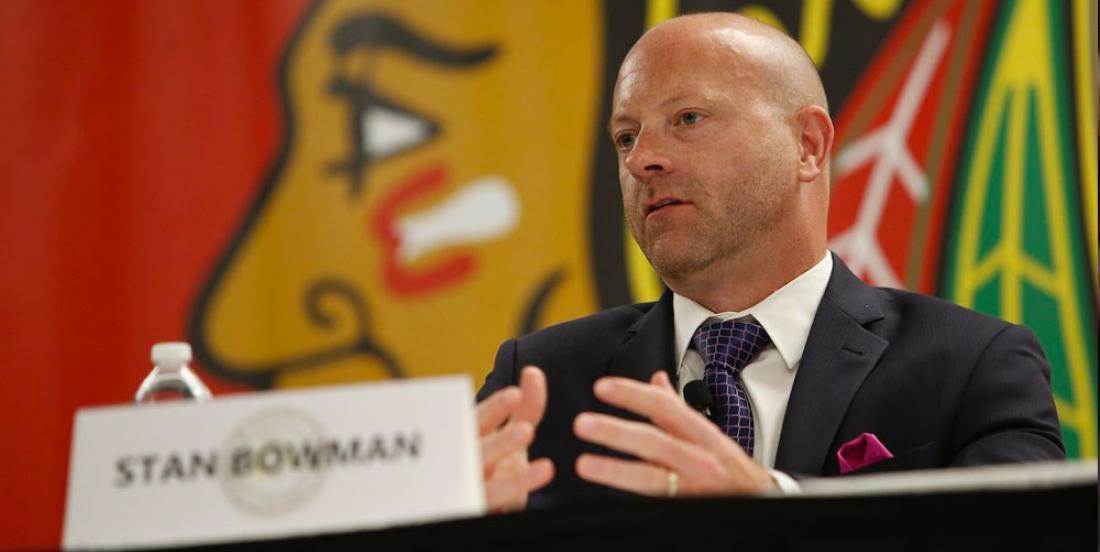 This just in courtesy of Chicago Blackhawks insider Charlie Roumeliotis, the team will ice a roster that’s one player shy of a full squad. Due to cap restrictions, the Blackhawks can’t afford to call up a player to take the place of injured forwards Andrew Shaw or Dylan Strome.

You’re an NHL franchise, a historic Original 6 franchise no less, and you can’t even get your sh** together enough to ice a full squad? Embarrassing.

Look, no one can take away what GM Stan Bowman has done in his time with the team, but… is it time to turn the page? Bowman has delivered three Stanley Cup championships to the team and the city of Chicago, but it’s been nearly five seasons since this team was a legit Cup contender. Meanwhile, Bowman has traded away core players like Artemi Panarin and Nik Hjalmarsson. Now he can’t even put together a full team due to his mismanagement of the cap. When is enough enough? If Bowman didn’t have the last name that he has, does he make it as long as he currently has?

One thing’s for sure, something’s got to give. Either Bowman has to make a move to alleviate this team’s cap problems, or ownership has to step in and hire someone who will. Stay tuned, Hawks fans.