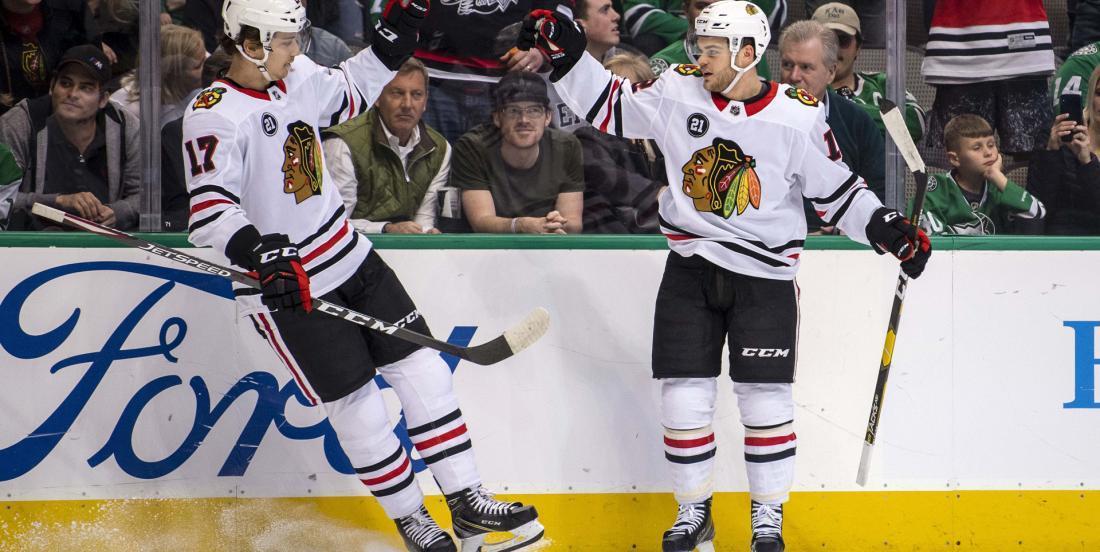 The Chicago Blackhawks will be facing the Oilers in Edmonton tonight, but they will without Dylan Strome in their lineup.

That’s because head coach Jeremy Collition has decided that Strome would watch the game from the press box, making him a healthy scratch for the contest.

It seems that fans are surprising that Strome is the one out of the lineup: maybe believe it would be star forward Alex DeBrincat who would be getting cut.

DeBrincat has faced unexpected struggles this season and he has been quite inconsistent. Some fans believe a trip up to the press box would give him a wakeup call, however, others say he keeps working out and has had some good chances in recent games to eventually break out of his funk.

Strome has struggled since he’s returned from his ankle injury at the beginning of the month.

This could be beneficial to him in order to refocus and get back to making plays to help the team in their playoff quest.