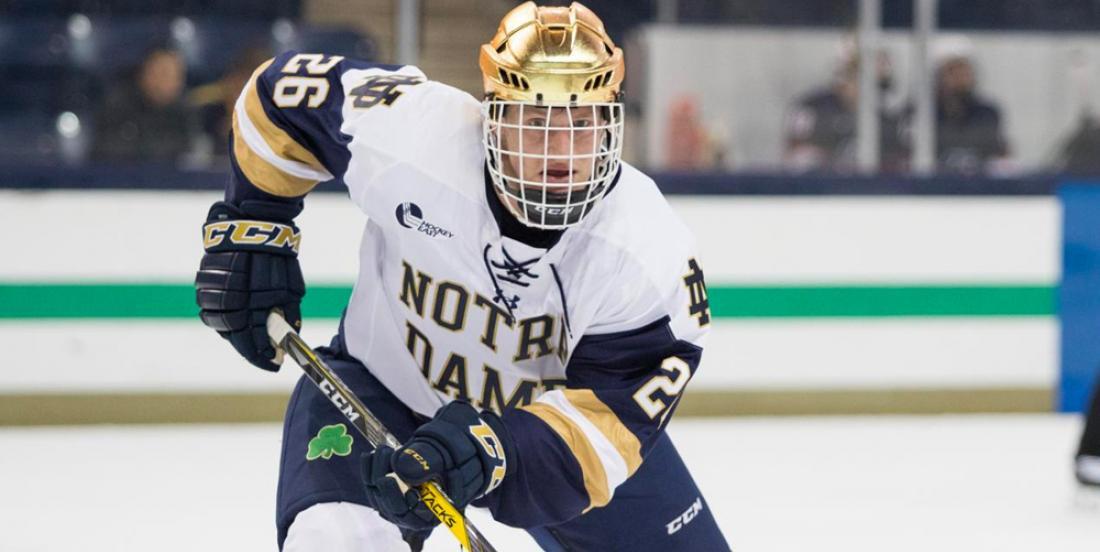 The Chicago Blackhawks’ season is hanging by a thread, but hasn’t prevented general manager Stan Bowman from getting his offseason started early.

Bowman and the Blackhawks have signed 21 year old Cameron Morrison to a two year, entry level contract. Originally drafted in the 2nd round (40th overall) by the Colorado Avalanche in the 2016 NHL Entry Draft, Morrison was unable to come to terms with the Avs and hit the open market as a free agent earlier this month.

A big, strong all-around player who thinks the game at a high level and executes plays with purpose and drive. Accelerates well and has no issues getting around the ice with haste; transition game will need some tweaks. Very good vision and puck skills, and has the size to make a difference driving to the net and causing havoc for the opposition’s defence. Defensively sound, using his size to his advantage along the boards and getting his stick in place to deflect passes out of harm’s way. Moving forward, Morrison will have every opportunity to develop into a smart power forward who can play in all situations and make it difficult on the opposition.

It's clear with this move and with several other NCAA signings on behalf of Bowman and his management team that the Blackhawks are looking to the future. In the past two months the Blackhawks have added Morrison, Ian Mitchell and Wyatt Kalynuk out of the NCAA and Dylan Sikura last summer.