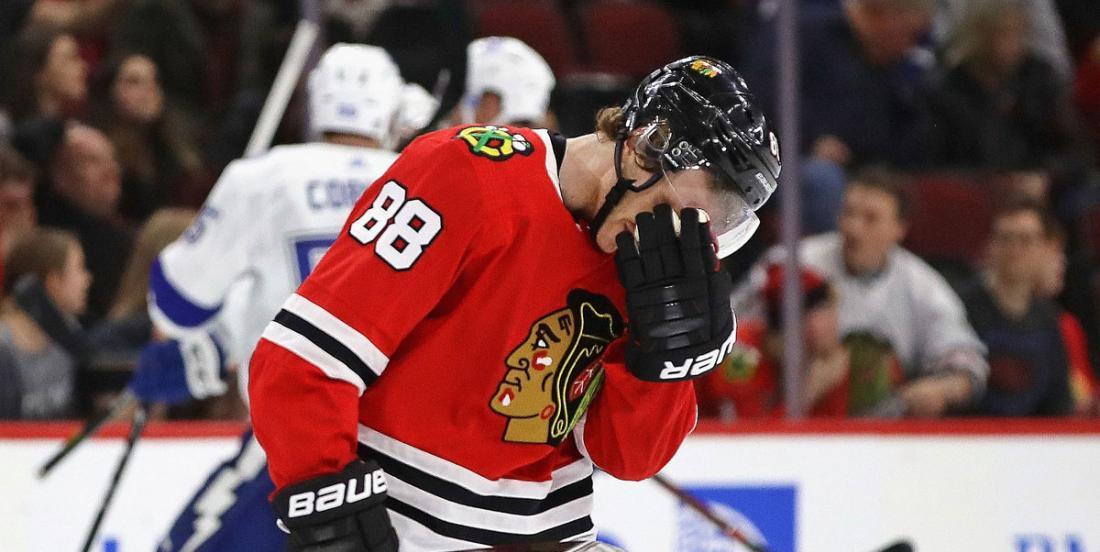 If you thought last season was a wild one for the Chicago Blackhawks, we wonder how you've been taking the start of the 2018-19 campaign... The Hawks got off to a 6-2-2 start, then lost eight in a row and dumped legendary coach Joel Quenneville along the way in favor of a 33-year-old rookie coach Jeremy Colliton.

Jeremy Greenfield of the Chicago Tribune wonders what the Hawks should: should they go into tank mode despite some encouraging signs in the past week?

"Now, should they tank? Call it what you want but this team needs top five picks in the draft and that’s not going to happen is they sneak into or lurk around the playoff picture. They have done strong work to rebuild — sorry, "restructure" — with terrific defensive prospects but they need to focus on the offense now," writes Greenfield.

While he believes Chicago could really use a top-five pick, Greenfield thinks the team needs to focus on adding some offensive prospects after they’ve taken care of the defensive side of things. Tanking does not seem a plausible option, however, the Hawks will probably get their hands on some good top picks following their dynasty run.

As for the trade market and the Hawks getting into some action, Greenfield doubts general manager Stan Bowman will want to trade prospects or draft picks to acquire players, which leads him to confess that the organization should have fired the GM and kept Quenneville behind the bench.

"This seems to be the big bar argument of the early part of the season. The consensus is somebody had to go. Should it have been Quenneville or Bowman?"

However, Bowman has made great moves in the past years, especially with the restrictive cap space, and is still proving that he is a smart GM by holding on to Nick Schmaltz. Greenfield is glad to see that Bowman has not entertained the idea of moving Schmaltz, who has been in many speculations in the past weeks.

"The Hawks can’t move on from every player who doesn’t turn out to be an All-Star. Schmaltz had six goals as a rookie, 21 last season and this year he’s on pace for eight . Chances are he’s closer to being a 20-goal scorer than a 10-goal scorer and the Hawks should be able to live with that."

While we can speculate and try to convince the Hawks they shouldn't tank, only Bowman and his men know what will happen to the Hawks this season...