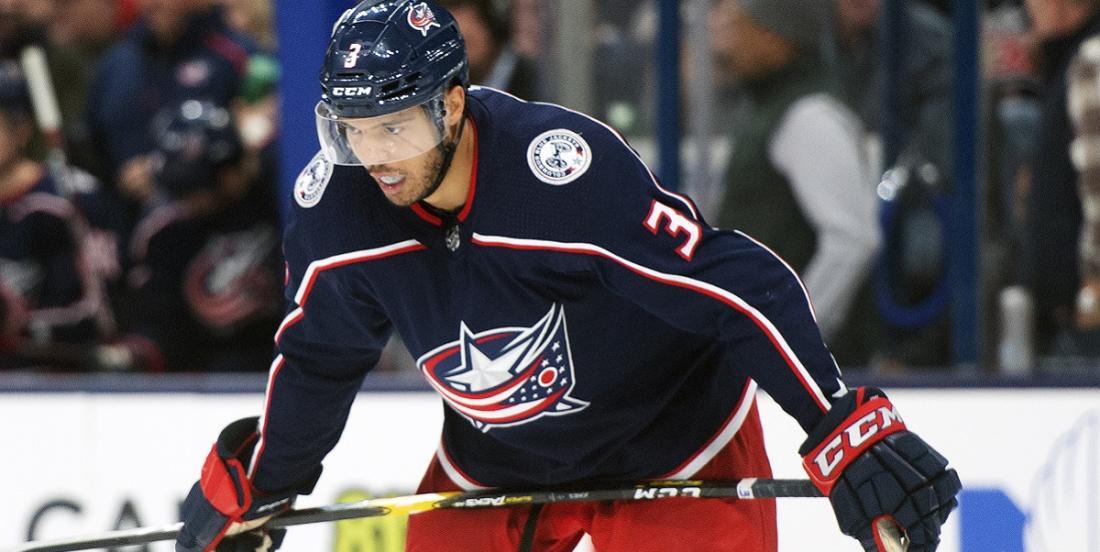 The Columbus Blue Jackets have just announced some devastating news.

According to a report from the Blue Jackets official website, star defenseman Seth Jones has been ruled out indefinitely due to an injury he suffered on Saturday during a match up against the Colorado Avalanche. Not only did the Blue Jackets lose that game by a scoreline of 2 - 1 but now it sounds like they may have also lost one of their most valuable players in the process as well. The Blue Jackets have also revealed that the injury that will keep Jones sidelined is an ankle injury, however they have not provided any details as it pertains to the specific nature of that injury. For this reason it is extremely difficult to project how long "indefinitely" could mean for Jones moving forward.

The timing could not be worse for the Blue Jackets. The team currently sits in a playoff position in spite of losing a tremendous amount of talent during the offseason, a credit to the work of head coach John Tortorella behind the Blue Jackets bench this season, but the loss of Jones for the foreseeable future could prove to be a major blow to their playoff chances this season.

Jones was having himself another fantastic season prior to his injury with 56 appearances in the 2019 - 2020 NHL regular season for the Blue Jackets in which he recorded 6 goals and 24 assists for a combined total of 24 points. Jones was also staying relatively disciplined this season having just 20 penalty minutes to his name and boasted a plus minus rating of +20 prior to going down with his injury.

The Blue Jackets also announced on Monday that they would be making a corresponding move after placing Jones on injured reserve by calling up defenseman Gabriel Carlsson from the Cleveland Monsters of the American Hockey League. Carlsson, a former 1st round pick (29th overall) of the Blue Jackets at the 2015 NHL Entry Draft, has previously appeared in 6 games for the Blue Jackets this season but will likely be seeing significantly more playing time now in the absence of Jones. The 23 year old forward had no points, 2 penalty minutes, and a plus minus rating of -1 over that 6 game stretch.