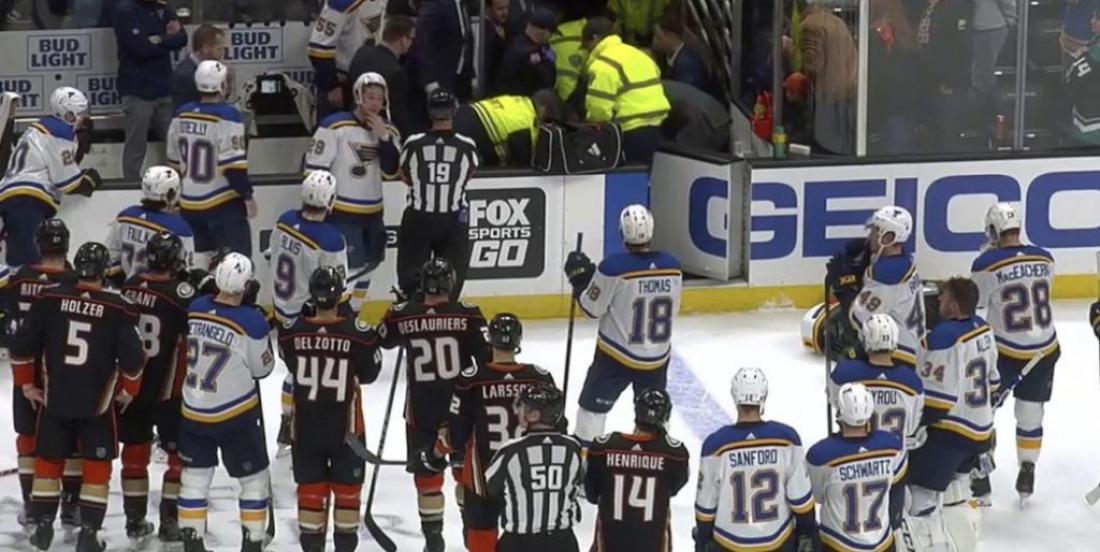 Both the Blues and Ducks have agreed to postpone tonight’s game to a later date seeing what happened to Bouwmeester.

The blue liner has been rushed to a local hospital to get him the necessary treatment he needs at this time. His eyes were reportedly open and he acknowledged that he was getting into an ambulance.

St. Louis’ Darren Pang reported a defibrillator was “close by” and trainers and doctors were on the case immediately.

We send him our thoughts and prayers.