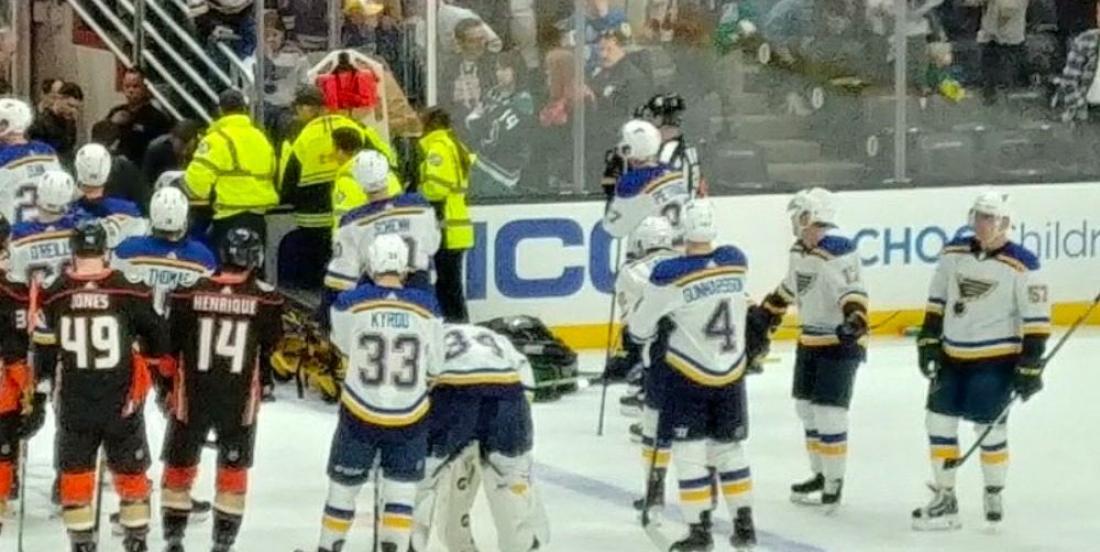 ​Scary news about the veteran defenseman…

A scary scene took place in Anaheim on Tuesday where the Ducks were hosting the defending Stanley Cup champions St. Louis Blues.

During the first period of the contest, defenseman Jay Bouwmeester collapsed at the team bench. A few of his teammates, including captain Alex Pietrangelo, noticed his fall and realized something was terribly wrong.

After Bouwmeester was taken to the hospital, Blues general manager Doug Armstrong released a statement on his blue liner’s condition, revealing that he suffered a cardiac episode.

“With 7:50 remaining in the first period of our game tonight,  Jay Bouwmeester suffered a cardiac episode and collapsed on our bench after completing his shift. Thankfully, with the quick response of our medical trainers, Anaheim medical trainers and their team physicians, they were able to stabilize Jay. He was alert and moving all of his extremities as he was transported to UC Irvine Medical Center. Currently, Jay is conscious and alert as he undergoes further testing by Anaheim’s physicians. We will update Jay’s condition on Wednesday morning.”

Both the Blues and Ducks agreed to postpone the game to a later date seeing what happened to Bouwmeester.

The veteran player is reportedly stable, conscious, and alert at the hospital. We will know more in the coming days.