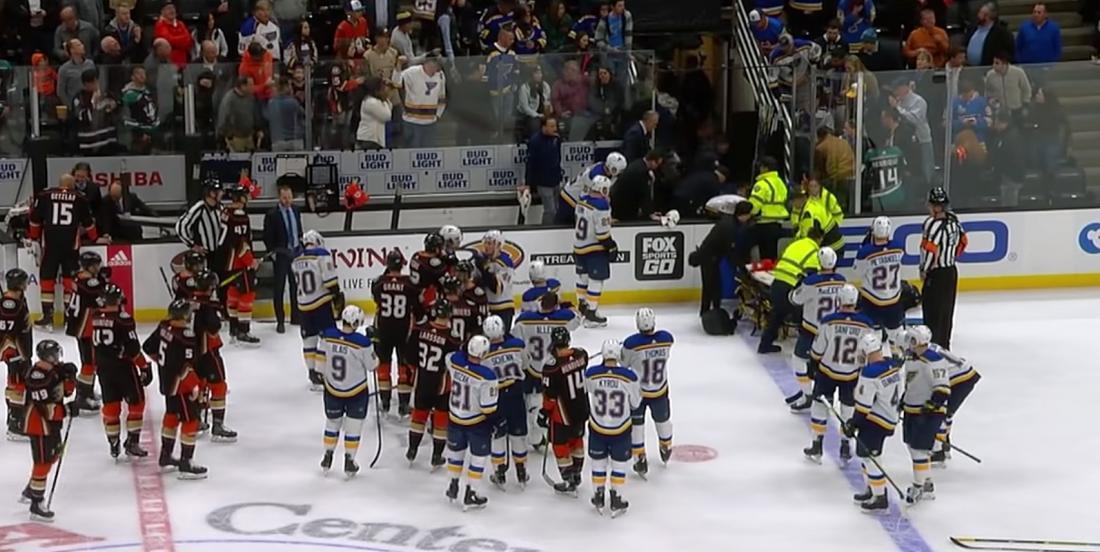 His captain gave a much needed update on his condition

Back on Feb. 11, St. Louis Blues veteran defenseman Jay Bouwmeester collapsed on the bench during the first period of a game at the Anaheim Ducks.

It was revealed days later that he had suffered a cardiac episode and needed to have a cardioverter defibrillator implanted in his chest.

Then, the season came to a halt due to the COVID-19 pandemic, but that hasn’t stop captain Alex Pietrangelo from reaching out to his teammate and sharing an update on his condition.

Pietrangelo said he and his teammates have occasionally stopped in to see Bouwmeester and that he’s pleased to see that his buddy is taking walks through their St. Louis-area neighbourhood.

“That was kind of a breath of fresh air for us, knowing he’s out and about and hanging around the guys,” he added.

We still don’t know if Bouwmeester will want to return to action once the NHL resumes play. The 36-year-old has been ruled out from returning to play this season, including the playoffs and we don’t know what impact the shutdown will have on his decision to potentially retire.

Pietrangelo said Bouwmeester’s plan was to stay in St. Louis until the season ended, before seeking medical clearance to return home to Edmonton, Alberta.

We don’t know with the Stay-at-Home order how that will impact his recovery.