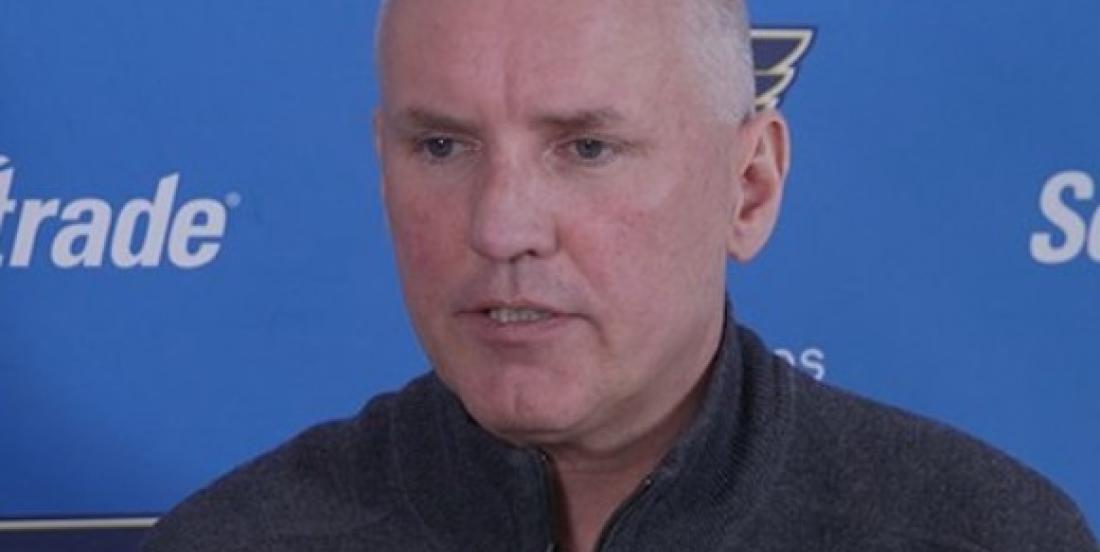 The St. Louis Blues got screwed last night on a blown call by officials during Game 3 overtime after Erik Karlsson scored the overtime game winner off an illegal play, with left everyone on the team upset, including general manager Doug Armstrong.

And the GM made sure the referees knew about it - he went straight to the their room to share his frustration.

According to NHL.com reporter Lou Korac, Armstrong slammed his hand on the officials’ door and cursed them out, calling them/their mistake “garbage” whilst using very expletive language.

As you can guess, he was not the only one frustrated with the blatant miscall as Blues captain Alex Pietrangelo also voiced his anger after the loss.

"I didn't really get an explanation," Pietrangelo told reporters postgame. "I guess there's a different set of rules for two different teams. I'm sure they'll lose some sleep tonight after looking at it."

David Perron, who recorded two goals in the overtime loss, managed to keep his cool and focus on getting back and winning the next game.

"Yeah, it was a hand pass," said Perron. "But we're going to try and move forward and the league's going to take care of it like they've done in the past so far in the playoffs."

While head coach Craig Berube treaded carefully and chose not to comment on the goal, it was clear that the entire Blues dressing room still have issues with the call and how lucky the Sharks have been since the start of the postseason.

Let’s see if the spirits of Armstrong and his players can cool down ahead of Game 4, which takes place Friday night in St. Louis with San Jose holding a 2-1 series lead.