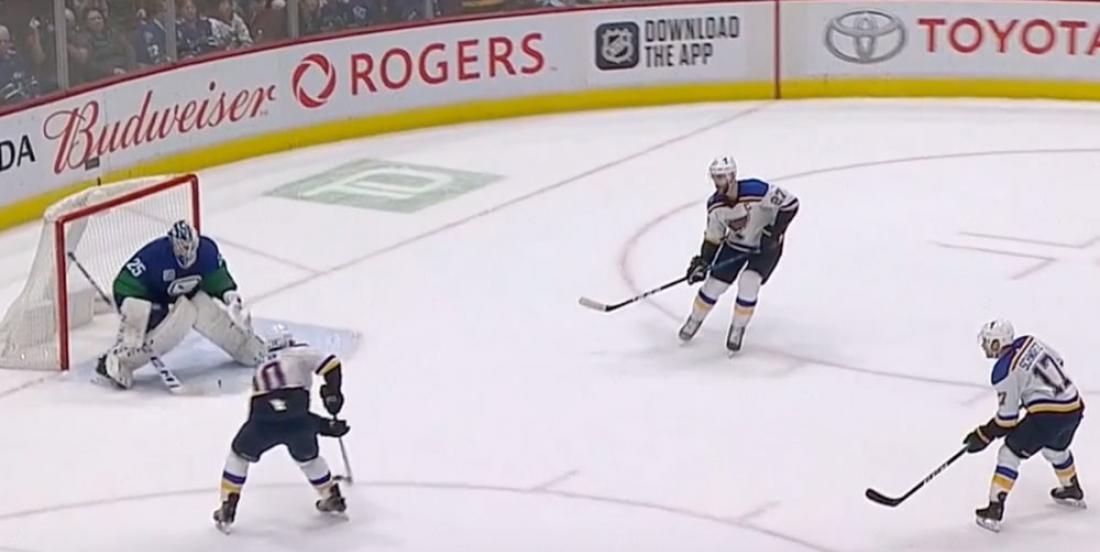 Vancouver Canucks goalie Jacob Markstrom was hung out to dry last night in overtime against the St. Louis Blues…

The Canucks managed to surrender a 3 on 0 during the extra period and left their netminder all along to face three hungry Blues. Jaden Schwartz ended up scoring as the three other Canucks on the ice looked like complete idiots.

With both teams playing 3-on-3, Canucks’ Tyler Myers fired a shot that missed wide of the St. Louis net. As his line mates went after the puck, they collided with one another in the corner as the puck went the length of the ice with three Blues chasing.

The Blues were all alone to have fun as Schwartz finished off a tic-tac-toe play alongside Alex Pietrangelo and Brayden Schenn. Markstrom wasn’t able to stop the puck and smashed his stick in disgust as the Blues won their third straight game in overtime and the fourth time in five games.

Check it out, this is unbelievable: