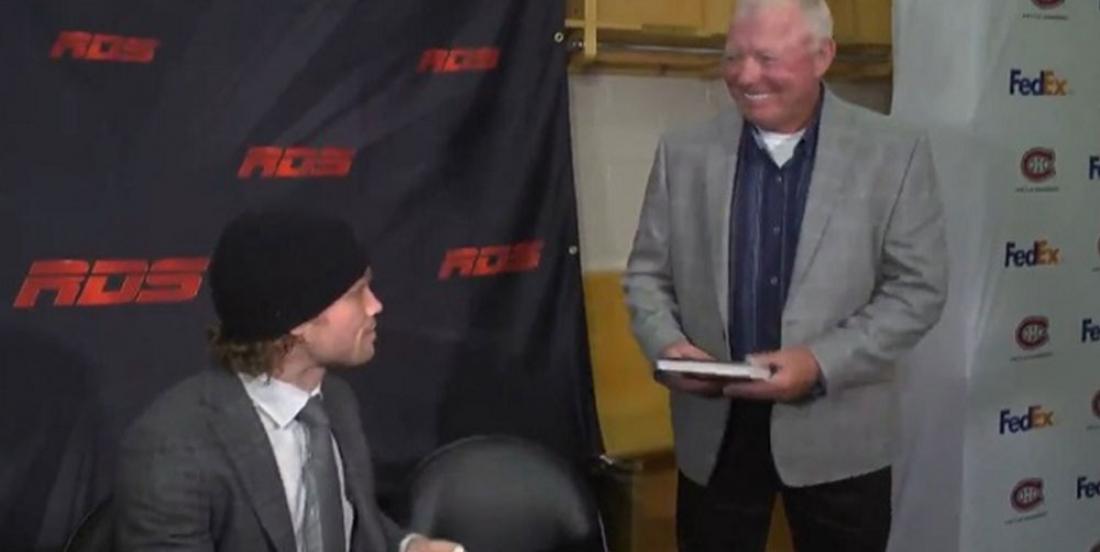 Even established hockey players still have their idols, and Montreal’s Max Domi is no different. Domi got the chance to have a huge moment with one of the players he grew up idolizing tonight, as he came face-to-face with Philadelphia Flyers legend Bobby Clarke.

There’s a reason Domi looked up to Clarke when he was a young boy still dreaming of playing in the NHL some like day his dad Tie. Domi has Type 1 diabetes, a condition he happens to share with Clarke. Domi was diagnosed at the age of 12 and believed it would stop him from reaching his ultimate goal of getting drafted by an NHL team.

Before suiting up to take on the Flyers, Domi took the time to meet with Clarke, and sign a copy of his new book for the Hall-of-Famer. Domi’s book, titled “No Days Off: My Life with Type 1 Diabetes and Journey to the NHL”, tells his tale of living with the condition and the steps he had to take while attempting to reach his dream.

If Domi was a little starstruck during the encounter, we can’t really blame him. Although, from watching the video it seems he hid it well if he was. Clarke was smiling from ear-to-ear. We’re sure he’s proud to watch anyone who shares his condition to not only live out their dream but be a major force for their team while they’re doing it. Now they both get to be inspirations for kids with Type 1 Diabetes attempting to follow in their footsteps.