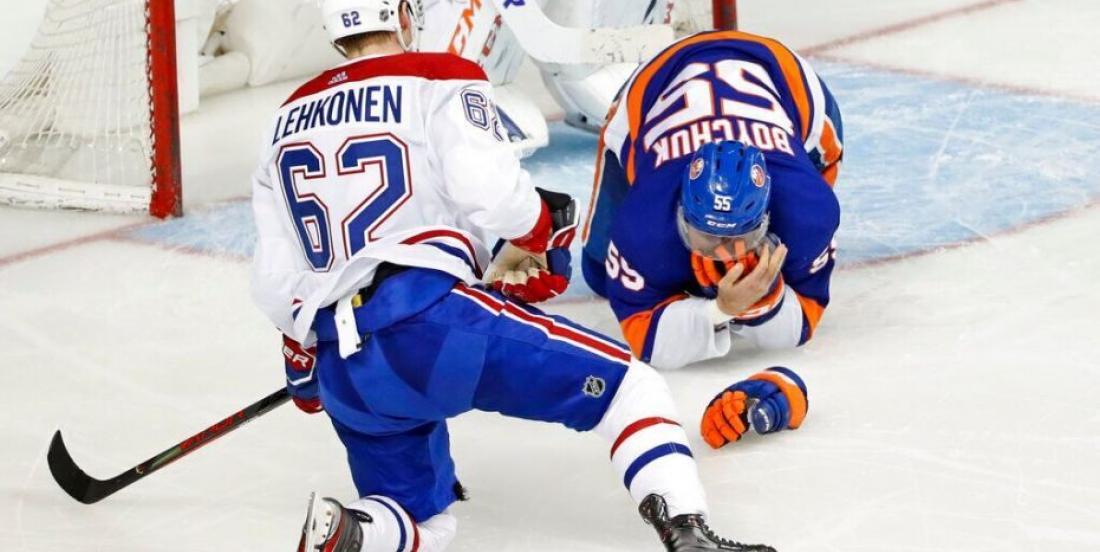 We've heard from just about everyone else involved in the Johnny Boychuk incident from last night where he took a skate to the face that came dangerously close to impacting his vision. Now, we're finally hearing from the man himself.

First, by way of background, there were some very scary moments last night during the game between the New York Islanders and Montreal Canadiens when Boychuk caught Artturi Lehkonen's skate near his eye while Lehkonen was falling to the ice. Boychuk went down the tunnel quickly with his hand covering his eye, which left many wondering if the eye may have taken a direct hit. We now know, thankfully, that isn't the case. Boychuk did get a cut on his eyelid and required 90 stitches. But, he is expected to make a full recovery and his eye will be fine. Boychuk released a Tweet thanking everyone for their positive thoughts, taking time to make a little joke while he was at it.

"Thank you to everyone for the positive messages and thoughts! I am extremely grateful. Please know they did not go unheard. Luckily for me the skate only cut my eyelid. Sorry for the late response...facial recognition wasn’t working... thank you again my friends. Johnny B."

Despite the incident, Boychuk appears to be in great spirits! At this point, there is no timeline for his return. According to an update from the New York Islanders earlier today, his eye has been closed and it will take some time before it opens again. All in all, though the situation could have been much worse. Get well soon, Johnny!

Warning: some may find the following video very graphic