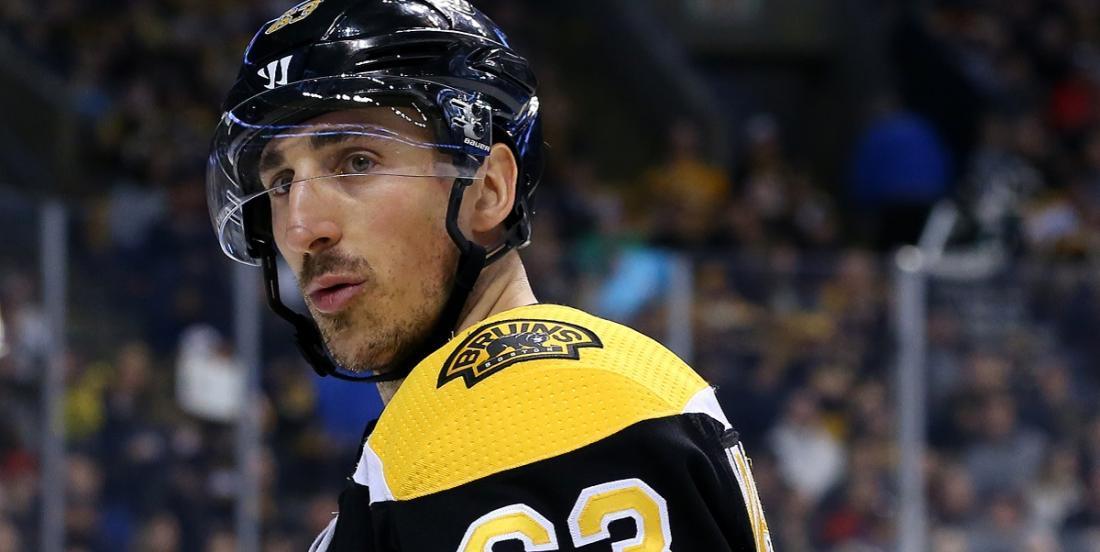 Marchand calls out the rookie.

It seems that notorious Boston Bruins agitator Brad Marchand may not be a big fan of New York Rangers rookie defenseman Ryan Lindgren.

The Rangers and Bruins faced off on Sunday it what turned out to be a pretty physical matchup between the two teams, this in spite of the fact that the playoffs now appear to be a relative long shot for the Rangers who now sit 7 points out of a playoff spot with 2 other teams between them and the Philadelphia Flyers who currently occupy that spot. In spite of the physicality during this game however one moment in particular stood out and of course it featured none other than the aforementioned Marchand, a man who somehow always finds himself in the eye of the storm.

Although Marchand has made a career out of getting away with pushing the boundaries of the rules, it seems as though the aforementioned Lindgren may have managed to get under his skin on this occasion. After a big save from Rangers goaltender Alexandar Georgiev a scrum broke out in front of the Rangers net, and that was when Marchand delivered a blatant cheap shot to the Rangers rookie, cross checking him in the back and knocking him down to the ice in the process. The reason I say this is atypical of Marchand is due to the fact that he did this in plain view of the officials who immediately called him for a penalty, but unfortunately for Marchand he had a much harsher punishment headed his way.

Rangers forward Pavel Buchnevich came to the defense of his rookie defenseman by immediately delivering a dose of instant karma to the back of Marchand with a cross check of his own, this one however was delivered with significantly more force and knocked Marchand's helmet clean off his head in the process. Unfortunately for Marchand this one somehow went uncalled by the officials who had just called him for the same infraction, and no doubt that will once again irritate Bruins fans who unfortunately have had some good reasons to complain about officiating in the National Hockey League this season.

Following the game Marchand was asked about Lindgren, presumably because reporters were wonder if the youngster had gotten under his skin, and he gave a scathing response to the journalists that were in attendance.

He's not going to be a player there that's going to have a very long career. I'm not overly concerned with him," said Marchand.