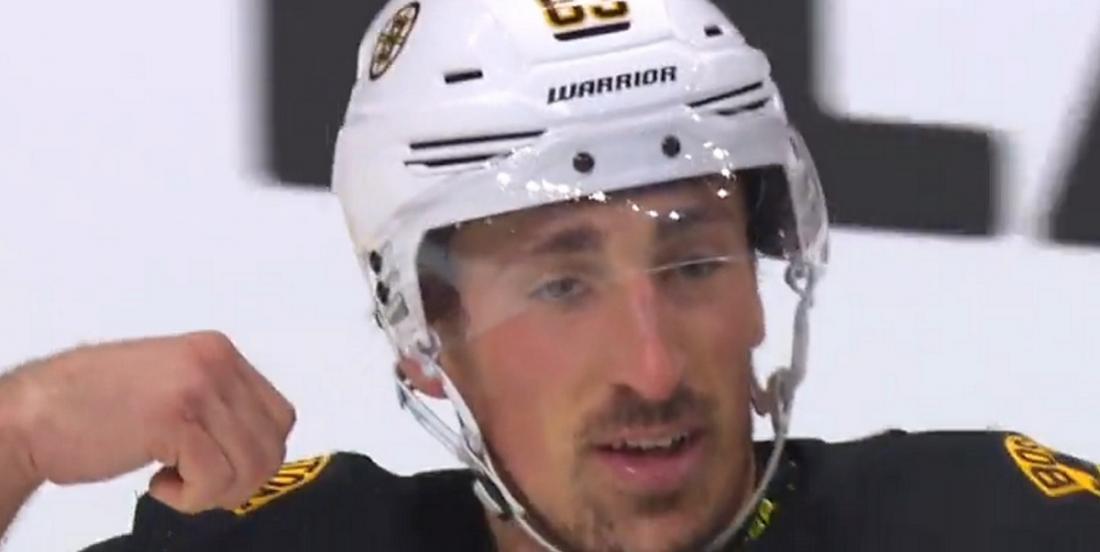 The Winnipeg Jets and the Boston Bruins put on quite a show for their fans on Friday night with one of the more wild game's of the National Hockey League season, at least in terms of the level of physicality that both teams brought to the ice in this one.

There were a huge number of penalty minutes handed out in this one and we saw a single period feature no less than 4 fights between members of both teams, clearly a sign that there is some lingering bad blood here on both sides of the equation. Perhaps the highlight of the night however came when notorious Boston Bruins agitator Brad Marchand let his frustration get the better of him after a big time open ice hit courtesy of Winnipeg Jet Nikolaj Ehlers. Marchand is normally one to prefer to get under the skin of his opponents and generally likes to avoid fighting in the hopes of getting his opponents all the more frustrated. but Marchand was not trying to avoid anyone this time around.

This was not one of those fights that takes place during garbage time at the end of a game either but rather a heated bought that occurred almost exactly midway through the contest with both teams all tied up at 1 goal a piece. The whole thing started when Ehlers seemed to get under the skin of Marchand when he delivered a big time open ice hit that resulted in Marchand being sandwiched between two members of the Winnipeg Jets squad, something that Marchand clearly did not appreciate. The Bruins little ball of hate quickly bounced back to his feet and immediately lwt Ehlers know that he was not at all pleased with the hit, resulting in the two men squaring up in front of one another and exchanging some heated words.

It was Marchand who took the initiative here, quickly dropping his gloves and immediately throwing some heavy hands in the direction of Ehlers who frankly seemed overwhelmed by the onslaught from Marchand. In fact Ehlers did not get in much of any offense at all until the linesman got involved, and even then it was really more wrestling on the part of Ehlers than any real damaging offense.