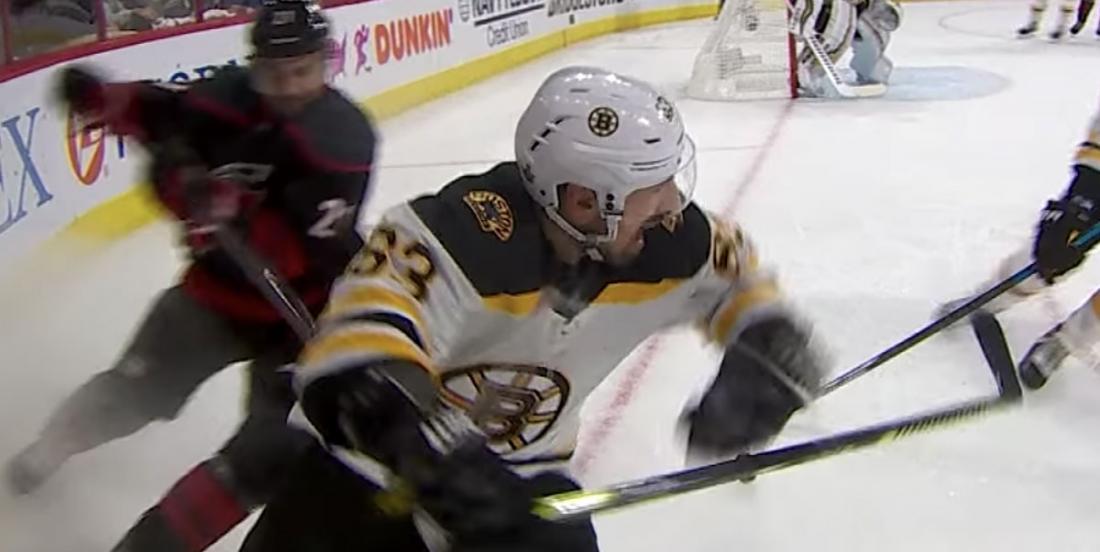 The Boston Bruins swept the Carolina Hurricanes last night with a final 4-0 victory to ensure their place in the Stanley Cup final.

While we await to see how the Bruins will face next - either the St. Louis Blues or the San Jose Sharks - we can have fun taking a closer look at some aspects of the last game in which Brad Marchand collected a goal and an assist.

However he also fooled the referees.

Some will say the officials are easily fooled lately, but we didn’t think they would dare to fall for Marchand’s poor acting skills.

During the first period, Canes forward Nino Niederreiter was sent to the penalty box for slashing Marchand’s hand, however, the Bruins pest was caught by the camera doing everything he could to convince the refs it was a penalty.

He just forgot which hand got slashed.

On the play, you can see Marchand gets slashed on the left hand, however, to get the attention of the officials, the Bruins forward acts up and shakes his right hand to demonstrate his pain…

Now that Marchand has some time off while waiting for the next phase on this quest for a championship, he might want to take some acting classes to get better at this.