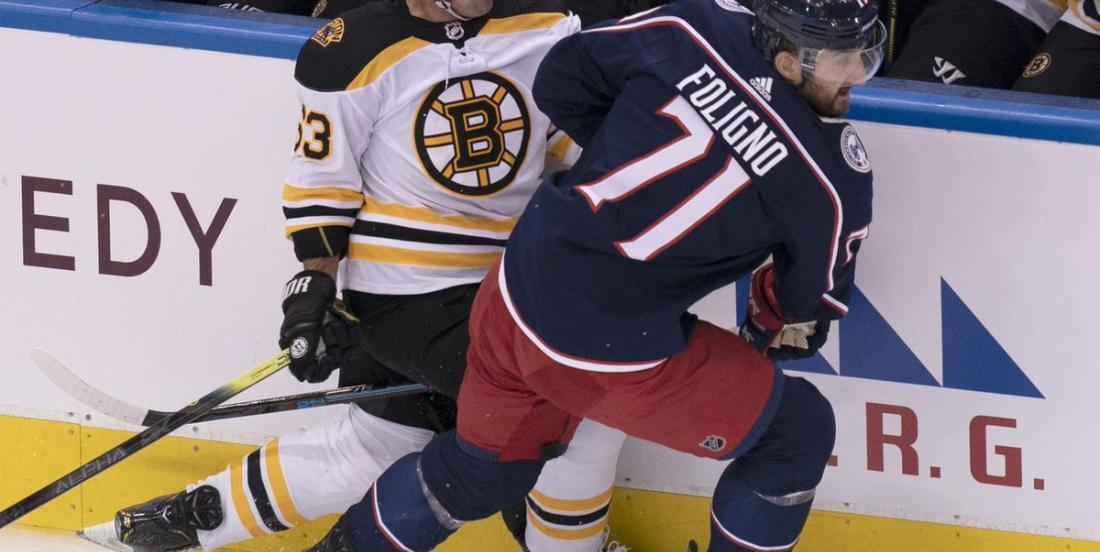 The Boston Bruins were hoping to remain injury-free coming out of their one exhibition game on Thursday, when they face and fell to the Columbus Blue Jackets in the evening…

On top of that, their wish did not come true. Top forward Brad Marchand was forced to exit in the third period of the contest at Scotiabank Arena in the Toronto Bubble.

The gritty player was on a penalty kill shift when he appeared to suffer some kind of lower-body injury and then immediately headed back to the Bruins dressing room once he was able to get off the ice. It remains unsure if Marchand sustained the injury due to an awkward tumble he took while putting a hit on blue liner  Zach Werenski in the corner, or if it was a lower-body pulled muscle while he attempted to quickly change directions during the penalty kill.

“He left [the game],” said head coach Bruce Cassidy. “I don’t think it’s anything serious, but we’ll have a better idea obviously in the morning.”

Let’s hope for the Bruins and their fanbase that Marchand will be back on the ice and ready to go on Sunday for the beginning of the round robin against the Philadelphia Flyers. Marchand will also get to rest today as the Bruins benefit from a day off the ice on Friday.

This morning, Cassidy had no update on his star player's status.

If anything, the good news is the Bruins have more than a week to heal up prior to actual Stanley Cup Playoff games, so Marchand can heal up whatever happened last night on the ice during the team’s loss.

Let’s hope they don’t lose HIM!