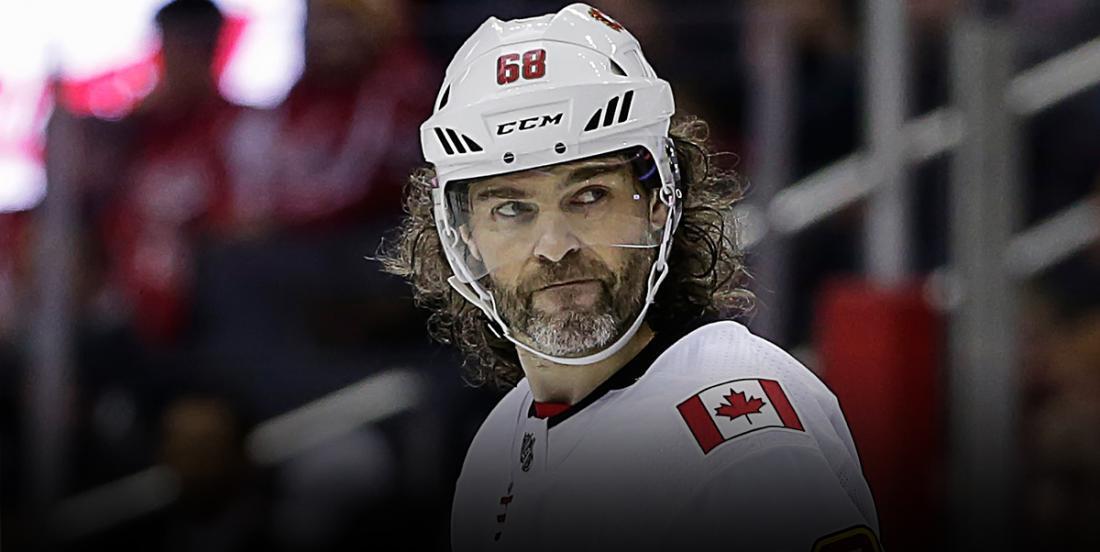 Earlier today Sportsnet reporter and NHL insider Elliotte Friedman broke the news that future Hall of Famer Jaromir Jagr had been placed on waivers by the Calgary Flames. That means that as of noon ET today, Jagr is officially available FOR FREE to any team in the NHL.

Well, that report was followed up almost immediately by Friedman’s counterpoint at TSN Bob McKenzie, who announced that Jagr had actually been placed on unconditional waivers. What this means is that Jagr won’t be available to other teams and his contract will be terminated in 24 hours.

Hold the phone… McKenzie corrected himself shortly after, clarifying that Jagr is in fact on “regular” waivers and not unconditional waivers.

So, Jagr is in fact available to other NHL clubs... if they're so inclined.

In fact, Friedman reports that Jagr will in fact return to Europe to play with his hometown Kladno HC, which he just so happens to own, as well.