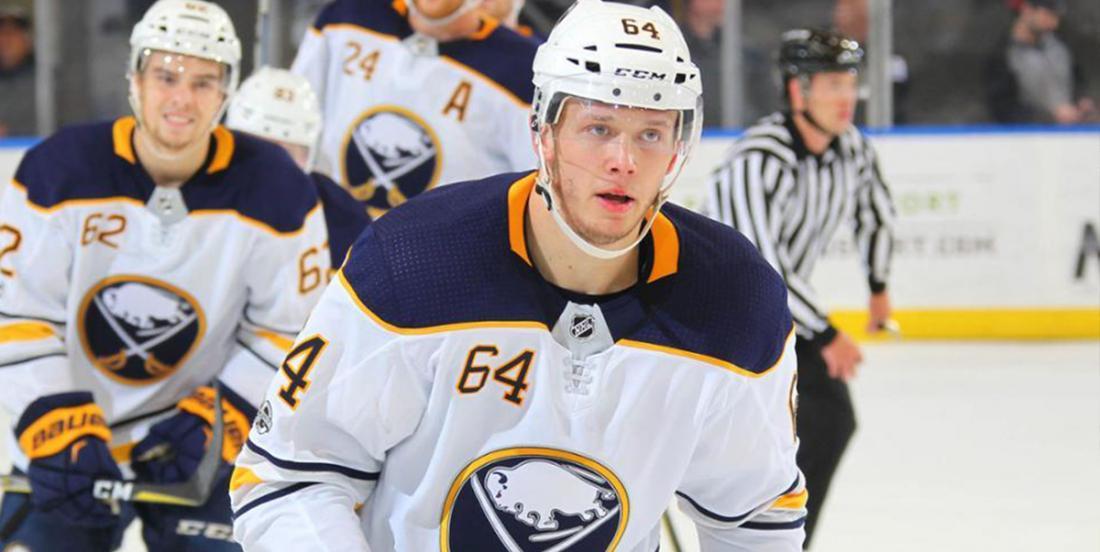 First Dotchin and now this! It’s cut throat in the NHL these days!

In case you missed it, the Buffalo Sabres played forward Vaclav Karabacek on waivers earlier today for the purposes of contract termination.

The Sabres have placed Vaclav Karabacek on unconditional waivers for the purpose of contract termination.

The 22 year old right winger played 28 games with the Sabres’ ECHL affiliate Cincinnati Cyclones last season, scoring just five points. The former 2nd round pick (49th overall) of the 2014 NHL Entry Draft has played a grand total of 0 NHL games over the course of his two year pro career. Previously Karabacek played three seasons in the QMJHL, scoring a career high 21 goals and 47 points in 65 games during his draft season with the Gatineau Olympiques.

It’s not known what Karabacek’s next move is, but it’s worth noting that that the Czech native played his minor hockey with HC Letci Letnany system. This isn’t to say that Karabacek is set to join the team for the upcoming Czech Extraliga season.

Karabacek is the second young player to have his contract terminated by an NHL team this week, following Tampa Bay Lightning defenseman Jake Dotchin who was effectively booted from his squad earlier this week. Dotchin reportedly showed up to training camp 35 pounds overweight… yikes.

BREAKING: Jake Dotchin has been placed on unconditional waivers with purpose of terminating contract for a “material beach.” No further comment from TBLightning

Certainly, more will become known as the days go by. But, apparently, TB was extremely unhappy with Dotchin’s conditioning at arrival. We will see how the process plays out

Dotchin looked to be on the path to becoming an NHL regular, despite having legitimate stars in front of him like Victor Hedman, Anton Stralman, Ryan McDonagh and Mikhail Sergachev. With veterans Braydon Coburn and Dan Girardi waning in their effectiveness, it looked like the door was wide open for Dotchin to come in and nail down a full time spot. Again, that’s all ancient history now. Think anyone will take a shot on the kid? As for Karabacek, he was a long shot to make the NHL in the first place, so don't expect anyone else to pick him up off of waivers.