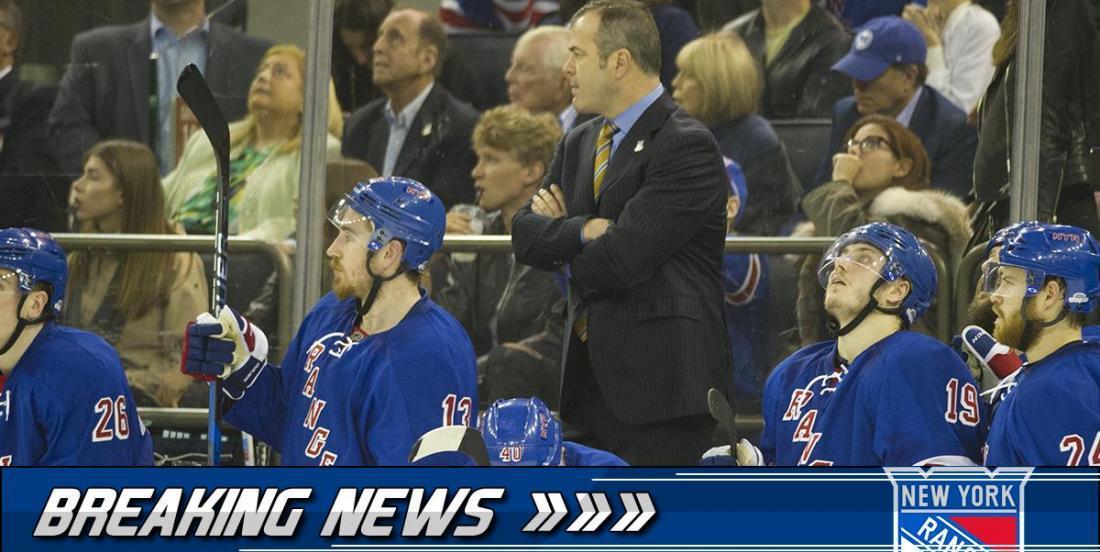 They're playing against the Pittsburgh Penguins tonight

The New York Rangers will be without forward Kevin Hayes to face the Pittsburgh Penguins tonight, the team announced earlier today. Defenseman Ryan McDonagh, who missed the team morning skate, will be a game-time decision.

Hayes was able to play in yesterday blowout loss against the New York Islanders, but he will miss tonight's game with a contusion. The 25-year old forward has ten goals and eight assists for 18 points in 43 games played so far this season. Drafted 24th overall by the Chicago Blackhawks in 2010, Hayes signed as a free agent with the Rangers in 2014. He played 277 games so far in the NHL, scoring 58 goals and 90 assists for 148 points. He added ten points in 34 playoff games.

McDonagh, 28, was drafted 12th overall by the Montreal Canadiens in 2007. The Rangers acquired him via trade in 2009, in a deal that sent Scott Gomez to Montreal. In 39 games played this season, the American defenseman has 19 assists. In 506 games played in the NHL, McDonagh scored 49 goals and 182 assists for a total of 231 points. He added 41 points in 96 playoff games.

Head coach Alain Vigneault also confirmed that goaltender Henrik Lundqvist will get the start tonight against the Penguins. Paul Carey will play for the injured Hayes. The Rangers are currently fourth in the Metropolitan division with a record of 22-16-5.