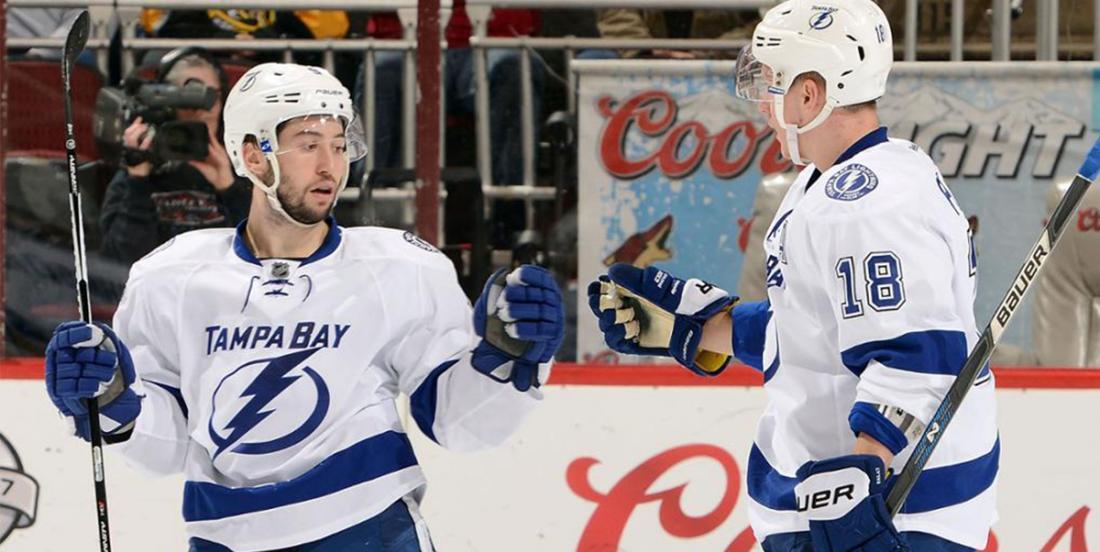 The play happened late on a 5-on-3 powerplay, and no penalty was given to Spurgeon.

Right on queue, the Bolts have made a recall from the AHL’s Syracuse Crunch.

The 26-year-old Palat has been dynamite again this season with eight goals and 30 points in 46 games. The two-way winger has played mostly alongside Tyler Johnson and Brayden Point this season, eating up 2nd line minutes behind the Steven Stamkos, Nikita Kucherov and Vlad Namestnikov line.

The Lightning currently lead the entire NHL this season, but with Palat and #1 defenseman Victor Hedman both expected to be out of the lineup long-term, things could get interesting in Tampa Bay. Does GM Steve Yzerman make a move to solidify the team’s roster before the February 26th trade deadline?