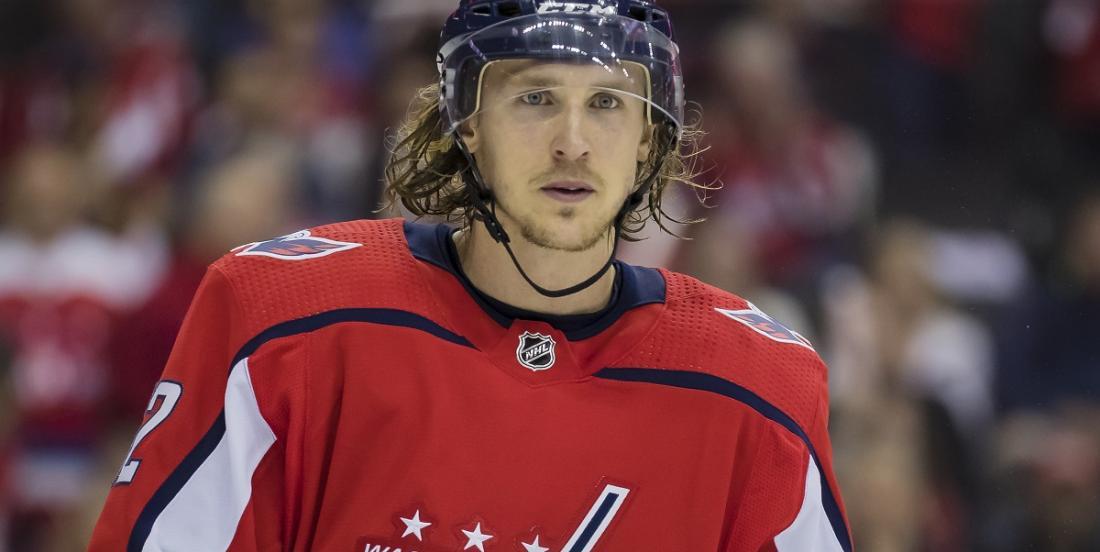 There had been rumblings for weeks now that there was mutual interest on both sides, and now it's official.

According to a breaking news report from Washington Capitals insider Isabelle Khurshudyan, the Washington Capitals have just agreed to terms with veteran forward Carl Hagelin on a brand new contract extension. According to Khurshudyan the deal will be a 4 year contract that will pay Hagelin a total of $11 million over the full term of the deal, that breaks down to an average annual value of $2.75 million per season.

This marks a significant decrease in pay for Hagelin who was earning a whopping $4 million per season on his previous contract, a contract he signed all the way back in 2015 as a member of the Anaheim Ducks organization. Hagelin of course would only go on to play in just 43 games for that team prior to being shipped off to Pittsburgh where he played out the majority of that deal as a member of the Pittsburgh Penguins. In the final year of that deal Hagelin went from being a Penguin to being acquired by the Los Angeles Kings organization, only for him to wind up on the roster of Penguins' rivals the Washington Capitals.

It was there that Hagelin really made a good impression on the organization and it became clear early on during his time with Washington that the Capitals had serious interest in retaining his services, while Hagelin himself also had significant interest in remaining with the team. The fact that he has taken a serious pay cut is a sign of that, although to be fair here it is also a sign that Hagelin is entering what will likely be one of the final contracts of his career in the National Hockey League. No doubt both the Capitals and Hagelin are very happy with this deal, so it seems fair to suggest that both the player and the team have come out of this negotiation with a contract that they are very happy with.

In his most recent NHL season Carl Hagelin appeared in a total of 58 games and recorded 5 goals and 14 assists for a total of 19 points on the season. He did so while splitting time on 3 different rosters and finished the seaso nwith a plus minus rating of +7 across all 3 franchises.