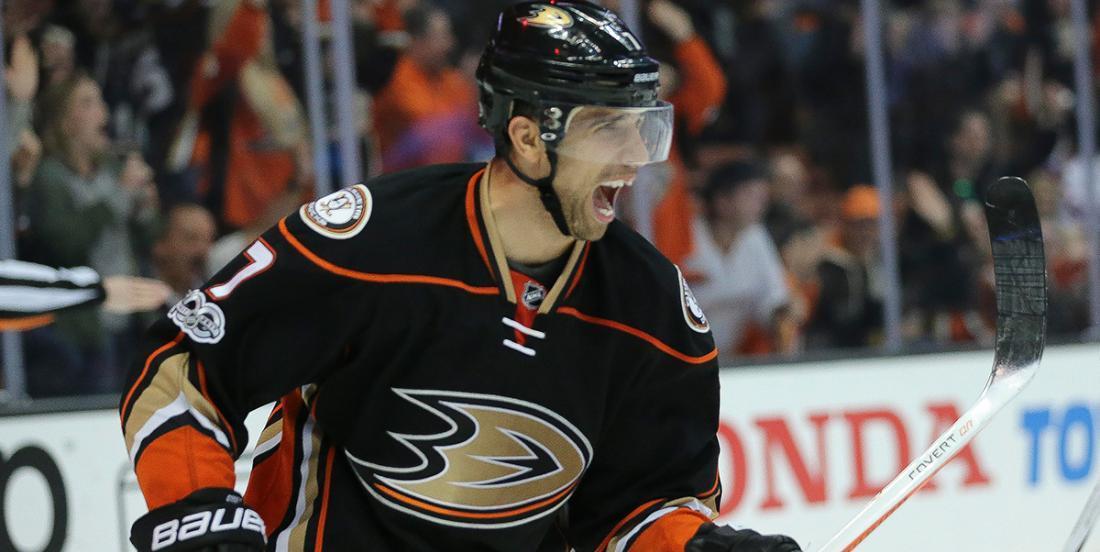 What an awful way to end such an incredible record…

For the first time in his NHL career, Anaheim Ducks forward Andrew Cogliano will sit out a game and be forced to watch his teammates from the press box.

NHL Player Safety announced this afternoon that Cogliano will face a two game suspension for his hit on Los Angeles Kings forward Adrian Kempe from last night. Here’s the play in question:

Cogliano received a two-minute minor on the play and Player Safety announced immediately that they’d review the play and offer Cogliano phone hearing, with today’s ruling the result of that hearing. What do you think? Does this punishment fit the crime? Cogliano already received a two-minute minor penalty for interference on the play and it doesn’t appear that he intentionally hit Kempe up high. With that in mind, and given Cogliano’s history in the league, this seems like an AWFULLY steep penalty.

Of course, lost in all of this is the fact that Cogliano’s 830 game Iron Man streak, the fourth longest in NHL history, will come to an end. Since making his NHL debut for the Edmonton Oilers back in 2007, Cogliano has NEVER missed a game. The 30-year-old will sit out the Ducks’ next two games against the Colorado Avalanche and Pittsburgh Penguins, as a result of his action’s against Kempe, however. What a way to blow a remarkable achievement.

Whether it’s the NHL’s fault or Cogliano’s fault… it’s hard not to be disappointed with the streak ending. To reach 830 games in the NHL without missing a single one is not only remarkable, it’s borderline impossible. Kudos to Cogliano on a remarkable achievement.

Bieksa and Andreoff throw down

In that same tilt between the Ducks and Kings, bruisers Kevin Bieksa and Andy Andreoff set the early in the game with an epic first period scrap.

Nothing like a good old fashioned scrap to get things going on a Saturday night! Andreoff scores the take down, but I think we’ll still give the decision to Bieksa. He landed some HUGE bomps and even drew some blood above Andreoff’s left eye.