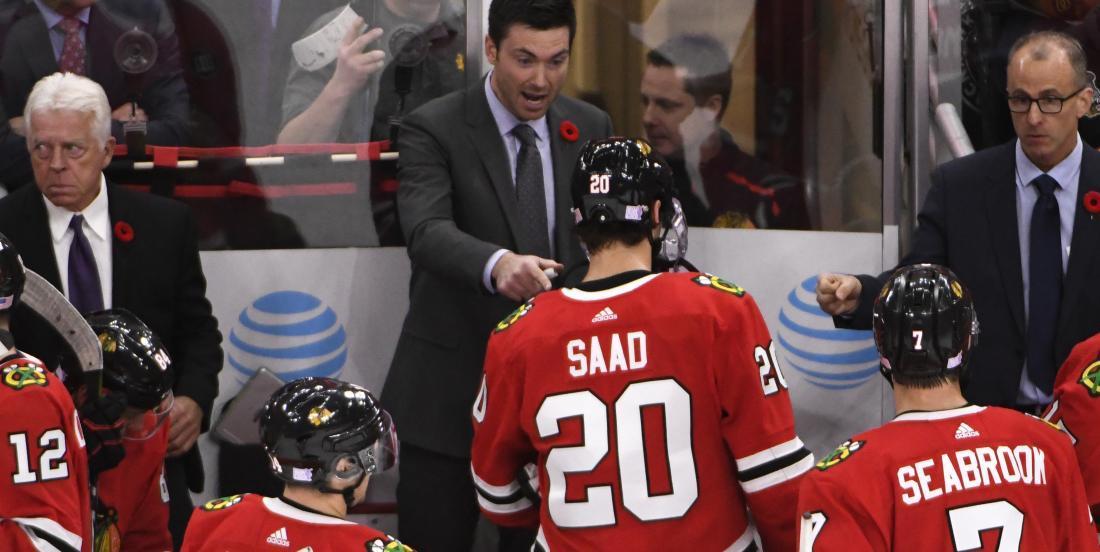 The Chicago Blackhawks made headlines earlier this season when they fired three-time Stanley Cup winning head coach Joel Quenneville, ending a wildly successful run that returned the franchise to the top of the NHL after years of heartache.  Jeremy Colliton was hired as the 38th head coach in franchise history, now the NHL’s youngest head coach at 33.

Brookbank was on the same coaching staff as Colliton before he made the jump to the big league back in November.

Here is the full statement and press release from the Blackhawks. You get more details on the career of Brookbank and the impact he is expected to have on the Hawks' roster this season.

Brookbank, 38, was in his second season as assistant coach for the IceHogs. As a member of Colliton's staff in Rockford last season, Brookbank helped the IceHogs to a 40-28-4-4 record and their first-ever 2018 AHL Western Conference Finals after sweeping Chicago in the Division Semifinals and sweeping Manitoba in the Division Finals before losing to Texas, four-games-to-two. The 2017-18 season marked his first coaching professional hockey.

The Lanigan, Saskatchewan, native finished his professional career in 2016-17 with the AHL's Cleveland Monsters, where he registered one assist. Brookbank compiled 126 points and 972 penalty minutes during 367 career AHL contests spanning parts of eight seasons with the Grand Rapids Griffins (2001-03), Cincinnati Mighty Ducks (2003-05), Milwaukee Admirals (2005-07), Lowell Devils (2007-08) and Cleveland. He won the Eddie Shore Award as the AHL's best defenseman during the 2006-07 season with Milwaukee. He also spent one season in the Kontinental Hockey League with Ak Bars Kazan in 2014-15 and the following season with Lukko Rauma in Finland's Liiga.