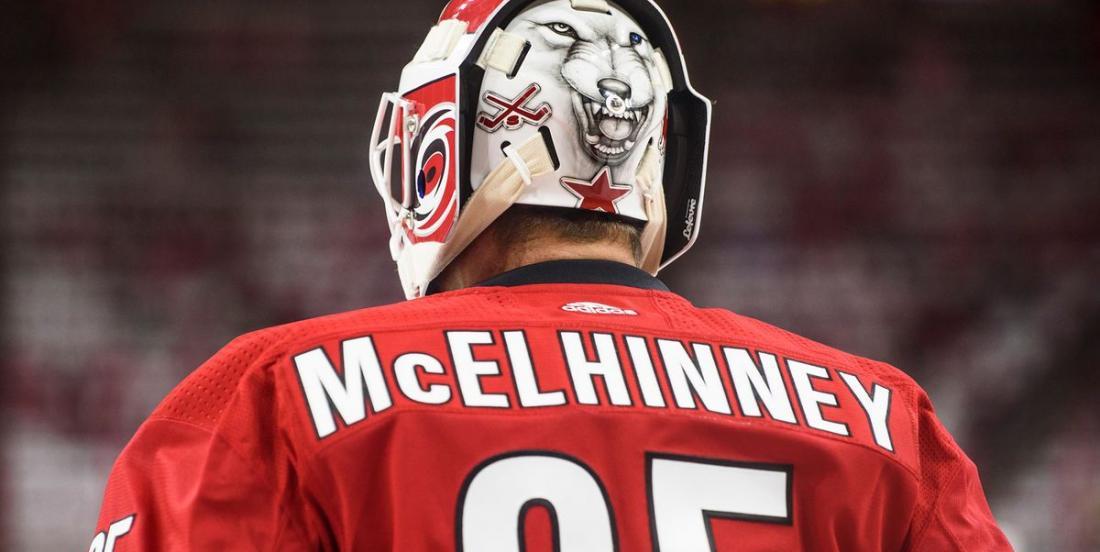 Carolina Hurricanes head coach Rod Brind’Amour refused to reveal who would be his starting goalie for tonight’s Game 3 against the Boston Bruins, but we finally know who will be in between the pipes.

They had no other choice…

Curtis McElhinney is starting tonight after his buddy Petr Mrazek failed to stop the Bruins from finding the back of the net.

However, the Bruins might still find a way to pile in the goals… McElhinney has just five career postseason appearances, three of which took place in the second round against the New York Islanders, when Mrazek was sidelined with injuries.

The Canes might feel lifted by this change and let’s hope for them momentum shifts now that they are in Carolina.

If not, the Bruins will take quite the deadly lead in this series…