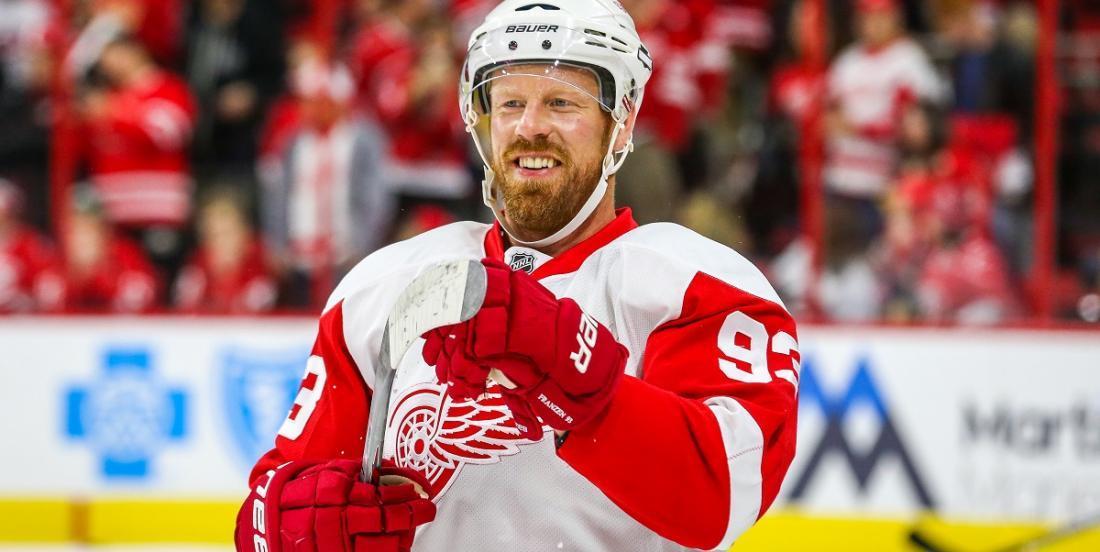 For many years Swedish forward Johan Franzen plied his craft as one of the core components of a very successful era in the history of the Detroit Red Wings' franchise, and for many years he was considered a very good player even by the lofty standards of the National Hockey League.

However it would not be long before Franzen's seemingly stellar career trajectory would be completely derailed by repeated blows to the head, blows that caused a number of concussions in the brain of the talented Red Wings forward. Say what you will about the inconclusive nature of studies on things like chronic traumatic encephalopathy (CTE) there was never any doubt that the damage suffered by Franzen during his career took a heavy toll on his ability to be a productive player out on the ice.

That being said though even the most concerned of Red Wings' fans likely could have never predicted just how bad things would get for Franzen, and in a recent tell all interview with Swedish outlet Expressen, Franzen went into great detail about just how much of his life hockey has cost him. There's nothing graphic about the statements that will follow but they are very depressing so fair warning for those of you who don't want to have their spirits lowered during the holiday season.

"It’s embarrassing. I can speak to one person and the next day I’ve forgotten his or her name," said Franzen through tears during the interview.

The mere fact that Franzen was brought to tears while making this statement should be more than enough for any fan to believe it's authenticity. Every hockey fan in the world knows how notoriously tough the men who play the game are, especially at the NHL level, and for one to be so open about his emotions likely means he has suffered far more than any of us can ever imagine as a result of his condition.

Franzen has been diagnosed with post traumatic stress disorder as a result of the injuries his brain has suffered, and his haunting comments on the topic bring back awful memories of the lives the NHL family has lost in recent history. Lives many believe were taken too early due to head injuries.

"Most of the time I think I am moving in the right direction, but when I have the down periods there is nothing positive. I almost give up then, and it is even worse because you think you have been better for a while."

"All I can do then is to sleep and lay in my bed. I take antidepressants and try to feel better again. But it quickly gets dark. Very dark."

"Sometimes my whole world falls apart and I can’t see the light in the end of the tunnel."

His wife, Cissi Franzen, says the experience with her husband has been like a roller coaster for her and it's not hard to imagine why. Franzen and his family are now contemplating leaving Detroit in an effort to get a fresh start back in his native Sweden, but you have to wonder how normal of a life he can ever have if the damage done to him is in fact this bad.

Obviously I hope he can someday make a full recovery.