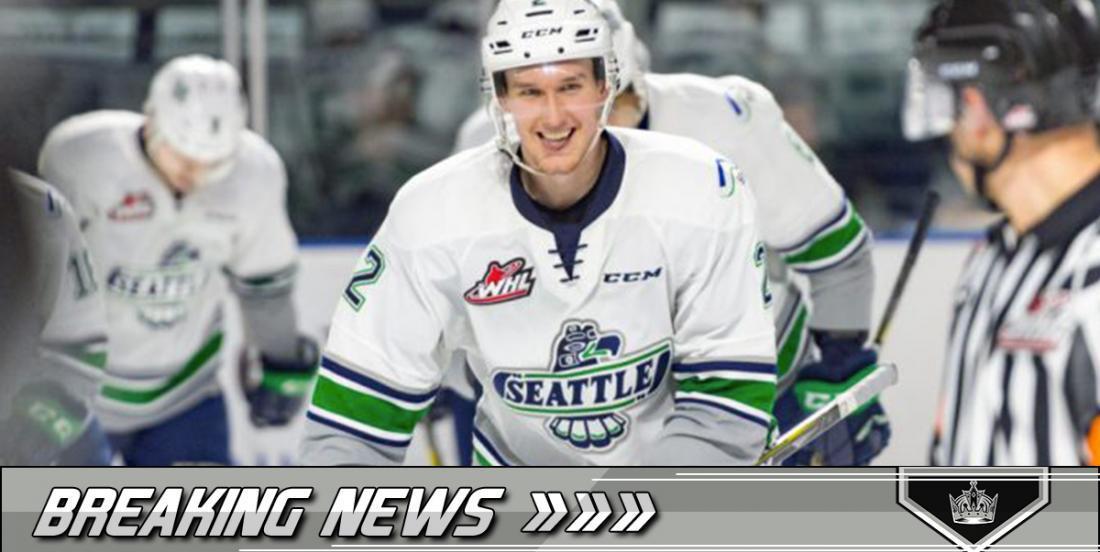 The Los Angeles Kings have signed undrafted defenseman Austin Strand to a three-year entry-level contract, the team announced on Monday. The Calgary, Alberta native is currently playing his fourth season of junior hockey with the Seattle Thunderbirds (WHL).

Strand, 20, has never been drafted in the NHL. The 6'3", 190 pounds defenseman has registered 101 points in 260 games played in the WHL (regular season and playoffs included). He has stepped up offensively so far this season, as he registered 26 points in 24 games. Strand will turn 21 in February.