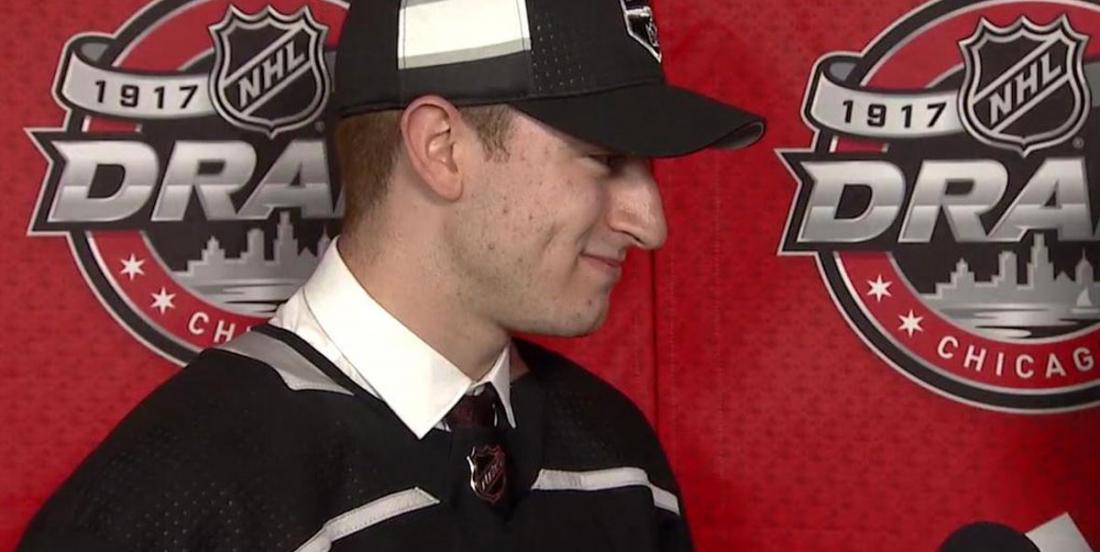 Although it has been reported that forward Gabe Vilardi has been cleared to start skating as part of his recovery from a back injury, NHL insider Bob McKenzie has revealed that the youngster will to return to Windsor in the Ontario Hockey League by the Los Angeles Kings once he is given the green light to play.

Vilardi was taken by the Kings with the 11th overall pick of the 2017 NHL Draft, but was unable to attend training camp due to his back injury.

McKenzie added that the 18-year-old player is two-to-four weeks away from returning to game action. The Spitfires could benefit from his return, seeing that they sit fifth in the OHL's Western Conference with a 12-10-1 record so far this season.

Vilardi recorded 29 goals and 61 points in 49 games with the Spitfires last year.