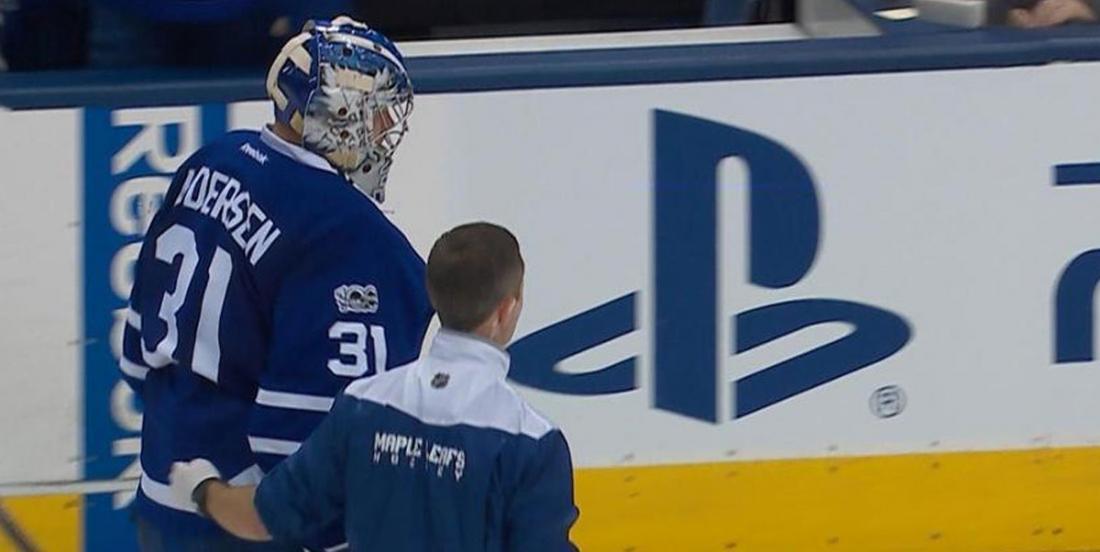 It's been a rough start to the New Year for the Toronto Maple Leafs. Michael Hutchinson made a third straight start Monday in place of injured No. 1 goalie Frederik Andersen and backup Garret Sparks when Toronto hosted the Nashville Predators, who unfortunately won 4-0 that night. Fans are impatient to know when Andersen will return and it seems like they finally got an answer on Wednesday.

Andersen went through his second full practice Sunday as he continues to work back from a groin injury that bothered him most of December. On Wednesday, he was back at it again and Luke Fox of Sportsnet revealed some good news: "The Leafs have circled Saturday vs. Boston as Frederik Andersen’s return game."

The Maple Leafs star goalie was 20-9-1 with a .923 save percentage and a 2.50 goals-against average before he fell to an injury and was sidelined since the holiday break.

“It’s getting close. I think this is a good progression over the last few days,” Andersen had told TSN's Kristen Shilton after a practice session last week. “Obviously went through a full practice pretty much today and I’m feeling pretty good, so definitely positive about it.”

The whole process has been a slow one for Andersen, but at least now, things are picked up and looking good for Saturday against the Bruins.