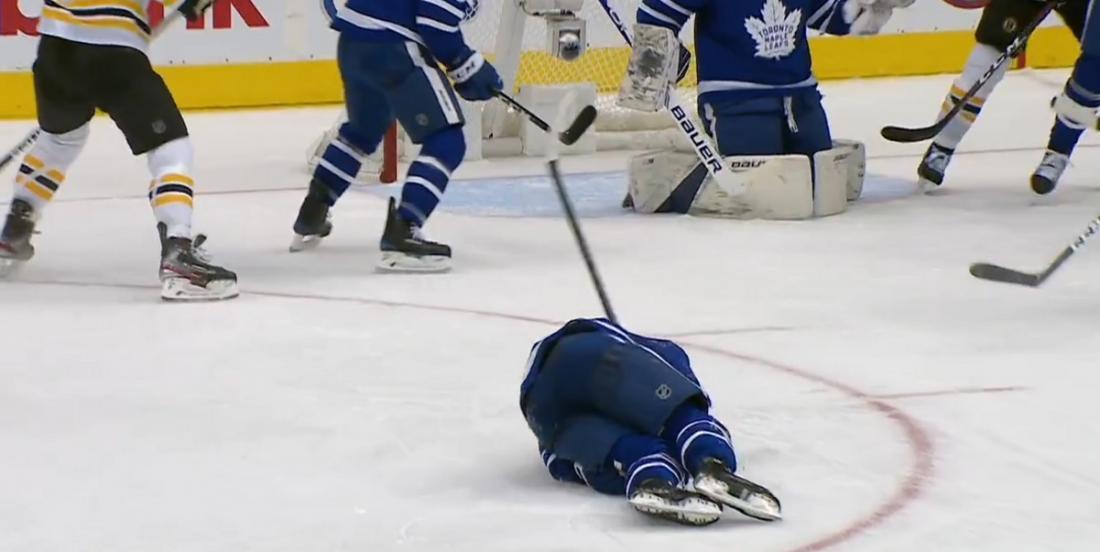 The Toronto Maple Leafs may still walk away victorious over their bitter rivals the Boston Bruins tonight, the Leafs currently lead the game by a score to 3 - 2 in the game's 3rd period at the time of this writing, but even if they do manage to hold on for the win this evening it will have come at a significant cost.

That's because the Maple Leafs organization has now confirmed what many suspected, that forward Andreas Johnsson has suffered an injury to his leg. The nature of that injury is still unknown at this time and no doubt we will have to wait for some tests to be performed before the Maple Leafs reveal the severity of the injury, but there is no doubt about the fact that he has been injured. The Maple Leafs confirmed as much on social media several minutes after Johnsson had already left the game.

Johnsson's injury will be frustrating for fans in Toronto to be sure, the Leafs have already lost star forward John Tavares to injury this week when the Maple Leafs captain suffered a broken finger, but I have no doubt they will take solace in the fact that Johnsson was playing his heart out when he got injured. The injury came when Johnsson sacrificed his body to block a rocket from the blue line courtesy of Boston Bruins defenseman Brandon Carlo, however that shot seemed to be too much for Johnsson to handle. The Maple Leafs forward was in obvious pain immediately after blocking the shot and he headed straight down the tunnel after suffering the injury.

If you are looking for a silver lining we may have one for one, it does seem like Johnsson may end up being relatively ok all things considered. The Leafs forward came back out to test his legs during the TV timeout following the blocked shot, and even hopped back over the bench after doing so which seemed to indicate that his legs were at least functional. In spite of that however the Maple Leafs have chosen to rule him out for the remainder of tonight's game, but given that he did try to get back into the game there is the possibility that this injure will only be a minor one.

Here are some angles of the shot block.