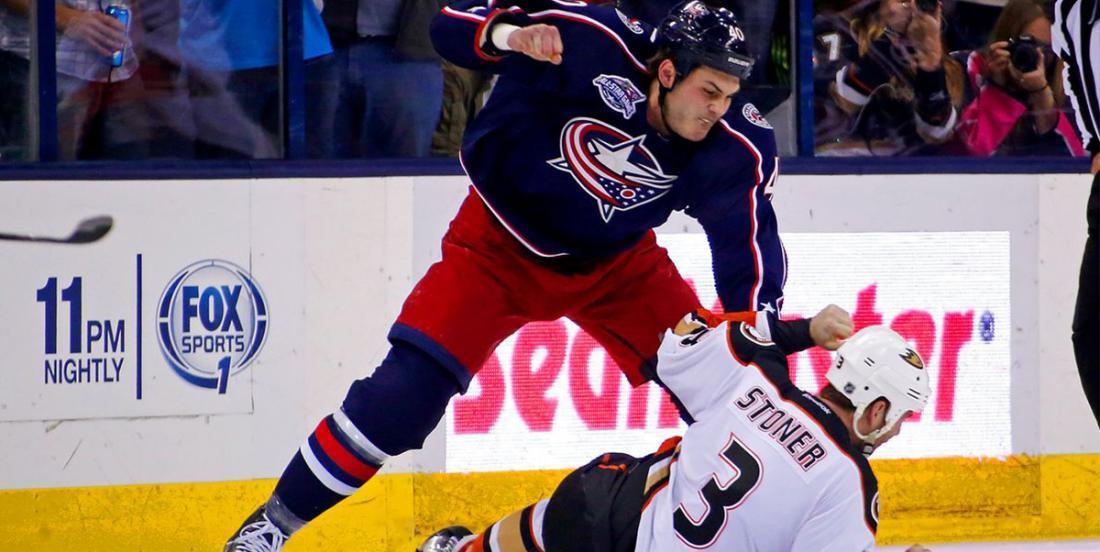 The Anaheim Ducks have placed enforcer Jared Boll on waivers this afternoon.

The 31-year-old has just one goal and nine PIMs in eight games with the Ducks this season, but managed 87 PIMs in 51 games last season. His career high was his rookie season in 2007-08 where he racked up an incredible 226 PIMs.

The 6’3”, 206 lb Boll is a pure knuckle chucking enforcer who adds little offensive production, but can certainly play hard fourth line minutes and ensure that no team takes liberties against his teammates.

Is the veteran worth a waiver claim? With the enforcer role being phased out in favor young players who can turn on the jets, old school enforcers like Boll are finding it more and more difficult to find jobs in the NHL. Will someone take a flier on the tough guy?