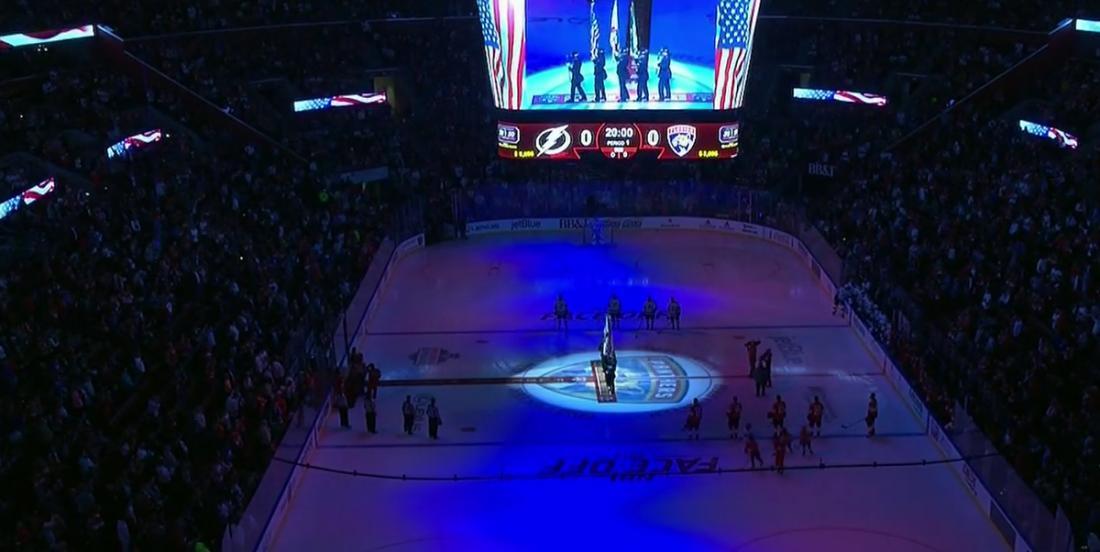 Brown is an undrafted American player entering his 5th season with the Lightning. He has 57 career points in 262 regular season games.

He and fellow NHL'er Joel Ward of the San Jose Sharks spoke about the possibility of kneeling during the anthem, with the latter eventually deciding against it. This isn't taking a knee, but it shows solidarity with the black community and other athletes protesting racism in America.

Wayne Simmonds and PK Subban also spoke on the matter, with PK being particularly clear that he would not protest, stating that he loves the anthem and would not 'disrespect' it.

NFL players have been doing this for weeks now, and Brown is now the first hockey player to protest. Will others follow his lead?

This may cause a media storm.