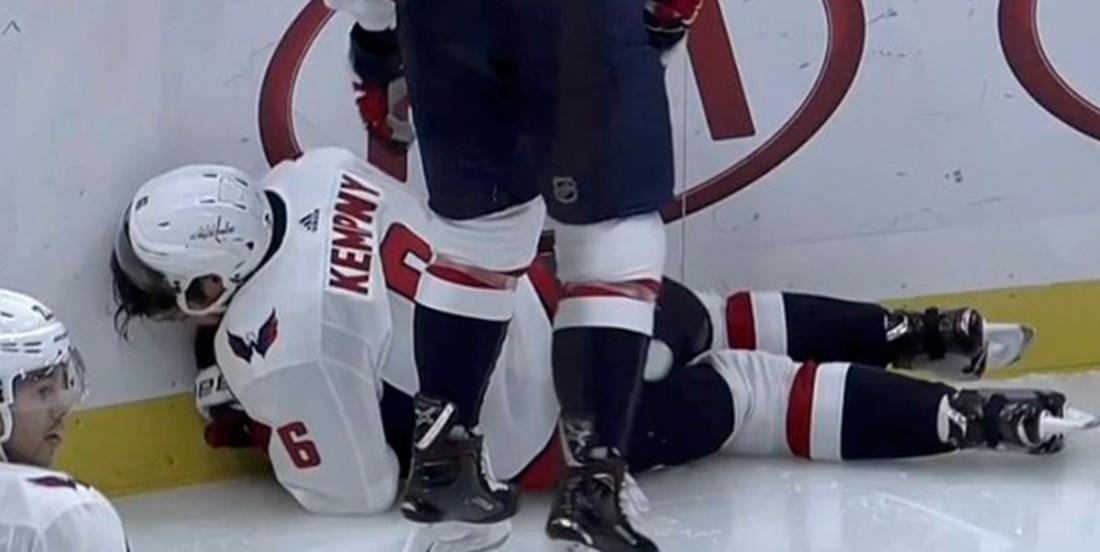 In case you missed it, St. Louis Blues defenseman was ejected from last night’s game against the Washington Caitals for elbowing Caps defneseman Michal Kempny in the head.

Check out the hit:

Well today, NHL Player Safety announced that Bortuzzo will serve a two games suspension (one preseason game and one regular season game) for his dangerous hit.

St. Louis’ Robert Bortuzzo suspended for the remainder of the preseason and one regular season game for Elbowing Washington’s Michal Kempny.

In their video breakdown of the hit, Player Safety called the hit “a strike to Kempny’s face with his elbow and forearm.”

It’s also important to note that Bortuzzo has a history with supplemental discipline, receiving a suspension and two fines over the case of his 276 game NHL career.

Bortuzzo’s suspension is the second bit of supplemental discipline that NHL Player Safety has had to hand out this preseason, with the first of course being a full preseason suspension for Montreal Canadiens forward Max Domi. Domi, who was acquired by the Habs from the Arizona Coyotes earlier this offseason, lasted less than a period in his Habs debut before being tossed from the game for sucker punching Florida Panthers defenseman Aaron Ekblad.

Check out this doozy:

For what it’s worth, at least it looks like NHL Player Safety is taking head shots seriously for once. After years of turning a blind eye to hits like Bortuzzo’s, the NHL is finally waking up to the severity of such hits. Kudos to them for finally getting things right. It may not seem like much, but at the very least sitting out the Blues' much anticipated season opener might make Bortuzzo think twice before delivering such a dangerous hit in the future.

As for Kempny, no word yet on the extent or severity of his injury, but it's worth noting that he seemed to be in good spirits following last night's contest.