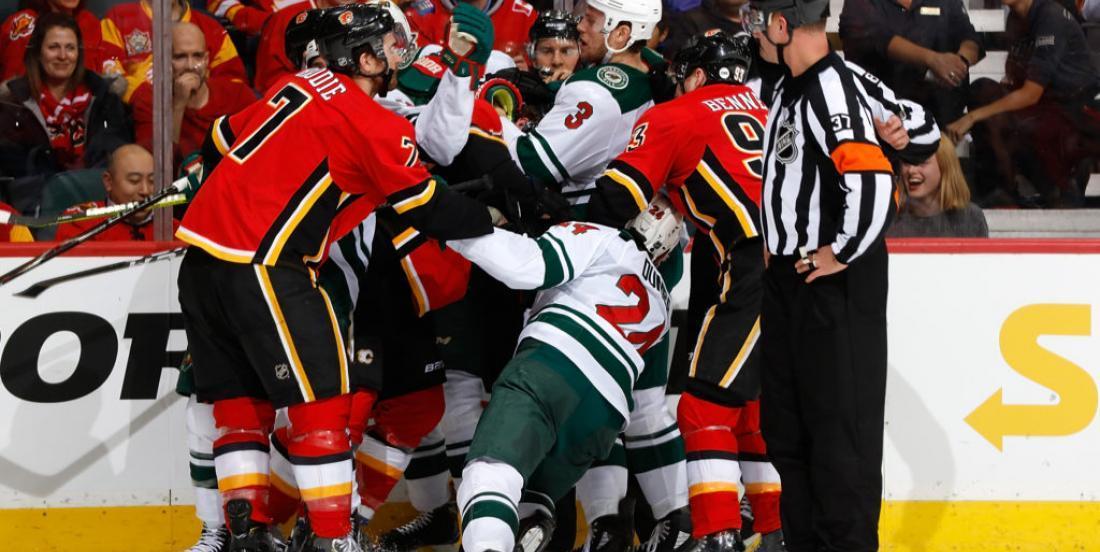 The Department of Safety of the National Hockey League was busy on Friday, and it all had to do with the Calgary Flames.

In a breaking news reports, the NHL has confirmed it has suspended Flames captain and veteran blue liner Mark Giordano for for kneeing Minnesota’s Mikko Koivu in last night's contest.

Wild captain Koivu exited the game in the third period and did not return after getting tripped up along the boards by Calgary. After a closer look, it was determined that Giordano caught Koivu’s left knee with his left knee. The Flames' captain was penalized on the play for tripping.

Just minutes before the suspension was announced, Wild general manager Paul Fenton informed media Mikko Koivu will miss tonight's game in Edmonton against the Oilers. He flew home to Minnesota from Calgary to be evaluated.

"We'll find a way...we've got a lot of guys that can play that position," said head coach Bruce Boudreau during the press conference on Koivu's absence.

This is a huge blow for the Flames as their captain is having a Norris type season. He has registered 29 points in 29 games this season, has posted a +16 rating and plays more than 24 minutes a night for Calgary. It is going to hurt.

The Flames will also see forward Ryan Lomberg in the press box for the coming day. The Flames winger has been suspended for one game for leaving the players’ bench on a illegal line change to start an altercation. This is in addition to the automatic suspension announced earlier today.

After Wild defenseman Matt Dumba leveled center Mikael Backlund with a hard check, the blue liner was jumped by Lomberg in the final minute of the third. Lomberg was assessed an instigator, five-minute major and 10-minute game misconduct, a slew of penalties that culminated in a one-game suspension and $10,000 fine for head coach Bill Peters on Friday, as confirmed by the NHL Department of Player Safety.

A busy day for the NHL's Safety Department and, a bad one for the Flames...